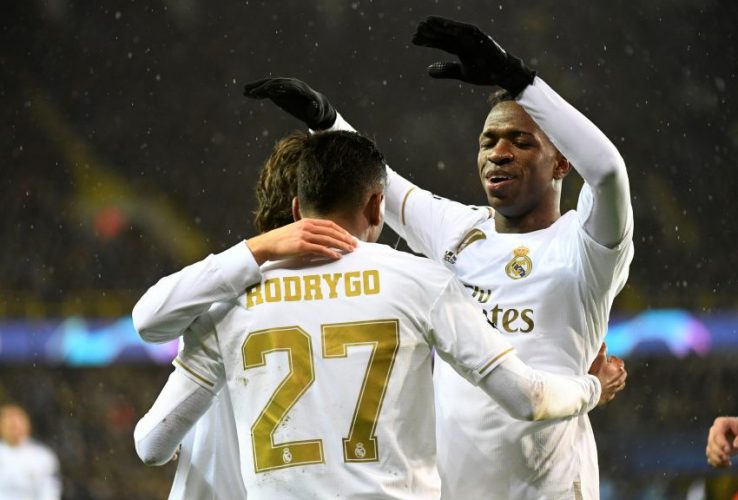 Manchester United are monitoring Real Madrid’s Federico Valverde, who they see as an ideal midfielder to replace Paul Pogba.

The French midfielder is primed to exit Old Trafford’s doors come summer after his agent Mino Raiola confirmed that there’s no desire from the player to extend his stay in Manchester beyond his existing contract.

In light of that, the Red Devils are already working on a shortlist of names to take the place of Pogba in the middle of the park, reports the Sun.

Valverde, who has been watched by the Premier League giants multiple times in recent years, seems to fit the bill due to his versatility.

However, with a huge buyout clause included in his contract that runs until 2025, any potential negotiations with the decision makers at the Madrid based club would be tricky for Ed Woodward and company.

Then again, United could avail Zinedine Zidane’s long held interest in his fellow countryman Pogba by proposing some kind of swap deal. The 27-year-old has admitted in the past that it would be a dream to play for Real Madrid, making any potential talks smoother on the player’s side.

The Uruguayan youngster is without a doubt top talent, but United should be wary of signing another ‘versatile’ player.

Donny van de Beek’s arrival from Ajax was seen as a smart coup due to his versatility, but so far the Dutchman has looked out of place in several midfield roles he has been deployed in.

Instead, the hierarchy at Old Trafford should focus on bringing a specialist – be it a natural defensive midfielder or a true box-to-box midfielder, depending on manager’s tactical ideas.