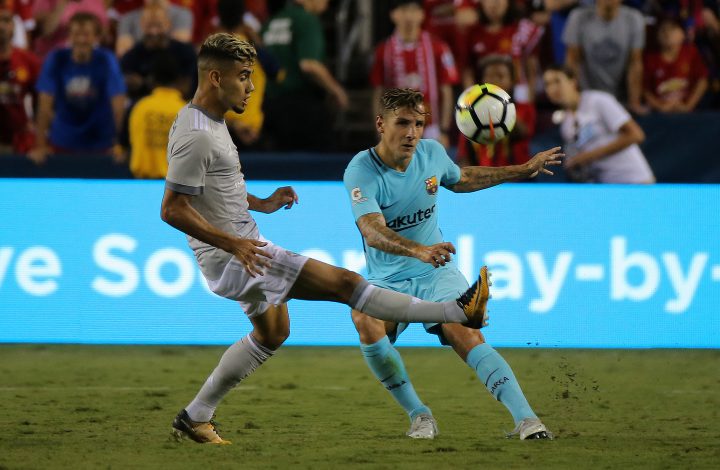 Andreas Pereira, one of Manchester United’s most consistent players of the pre-season, could return at the end of the season for another stint with the club.

The Brazilian midfielder made his first-team debut at United in 2014, but has spent best part of his senior career on several loan spells away from Old Trafford.

In a red shirt, his best moments have been largely on the show before the start of a new season, failing to ape the same level of consistency during the competitive period of the campaign.

While glimpses of talent in such games managed to earn fans admiration, Pereira never managed to nail his place under Louis van Gaal, Jose Mourinho or Ole Gunnar Solskjaer at the Theatre of Dreams.

Further, the 25-year-old is now struggling to control the midfield tempo at his current temporary spell in Italy. With just two Serie A starts to his name under Simone Inzaghi, there’s little hope of Lazio making the move permanent.

The Biancocelesti have an option to sign Pereira for £21m, but owner Claudio Lotito is unwilling to trigger the buy option clause to secure his services, reports Corriere dello Sport. Subsequently, Manchester United have started to look for a new suitor elsewhere.

A new club may work for the Belgium-born player. Lazio, who sit in sixth place in Serie A table, aren’t faring well themselves this term and might not be an ideal team for a new player to settle and flourish.

But at the same time, all the blame for Pereira’s struggle should not be placed on Lazio’s struggles, as Sergej Milinkovic-Savic – the player who’s linked with several top clubs including United, has been very consistent in the same setup.