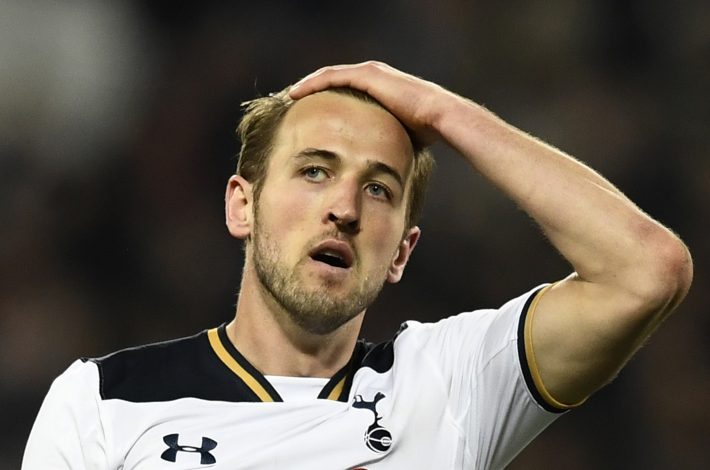 Premier League giants have the chance of signing “one of Spurs’ own”. This is arguably the best time to do so since Harry Kane’s rise to prominence. Manchester United, nevertheless, should avoid pursuing any deal for the Englishman.

Growing frustrated with Tottenham Hotspur’s inability to compete with the big boys in England, the country’s best forward has reportedly expressed his desire to end ties with his boyhood club.

As expected, his long-term admirers Manchester City and Manchester United are believed to be sitting at the front of the queue to take Spurs’ most prized asset off their hands.

With 22 goals and 13 assists to his name, the English forward is way ahead of his Premier League peers in terms of goal contributions this season. His signing would in all probability ensure another league title for Pep Guardiola’s men.

As such, some section of United fan base might dread the thought of Kane donning the Sky blue jersey. However, irrespective of the speculation, the Red Devils should maintain their sight on ‘one of City’s own’ Jadon Sancho instead and ensure this summer they finally bring him back to Manchester.

The older Englishman will be 28 before the start of next campaign. He’s in the midst of his peak years, and by the time Ole Gunnar Solskjaer’s rebuild project reaches it’s fruition phase, the Spurs talisman might struggle to replicate his prolific numbers, especially in view of his injury record.

As such, it is crucial to see Kane only as a final-piece-in-the-puzzle-type opportunity. This is despite the reality that Solskjaer’s side still have several holes to fill.

Likewise, his transfer would cost upwards of £100m, with no significant resale value in the future. United could instead rope in Sancho for a much lower fee. Factoring in potential agent fees and wage demands, they could even save enough to fund another addition to their roster.

Even though the Norwegian gaffer refused to rule out a move for a new striker, Edinson Cavani’s contract extension and his popularity at Old Trafford, amplified by a sensational chip against Fulham, is likely to influence the club’s transfer plans. Despite his age, a fit Cavani is as good as any number nine in the league.

On the flanks though, 18-year-old Amad Diallo is the only natural-right winger at United, and it’s high time they properly address that position.

Ideally it shouldn’t be the case of one or the other, but considering the club’s track record under the Glazer ownership, there’s more chance they end up with none rather than both Sancho and Kane.

The England captain’s quality and stature is attractive, but it’s not what Solskjaer’s young side need at the moment.

Instead of chasing an opportunistic deal, United should stick to their transfer policy and give the manager the player he’s been pursuing since he took over at the helm at the Theatre of Dreams.