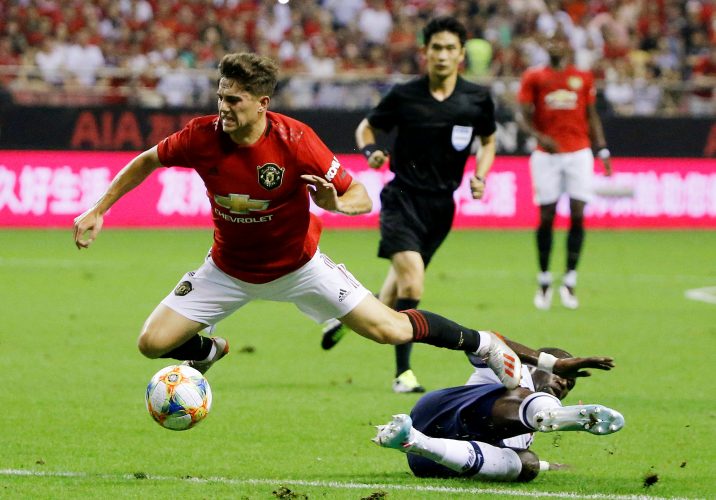 Manchester United winger Daniel James had an underwhelming second season at Old Trafford, failing to nail down a regular position in the first-team.

Despite being in and out of Ole Gunnar Solskjaer’s starting XI, the young Welshman still managed to catch eyes with his blistering pace on a few occasions.

His ability to stretch opposition’s defence was best put to the use in a 4-0 first leg win over Real Sociedad in the Europa League round of 32. He was involved in two goals and kept the Spanish outfit’s backline on toes all night.

“His pace, his willingness to run behind, I think the Sociedad defenders couldn’t believe how quick he was,” said former United and Bayern Munich midfielder Owen Hargreaves in his post-match analysis.

Rob Page’s side aren’t star-studded, and the pace of James and captain Gareth Bale is perhaps their stand-out weapon in attack to stun Italy, Switzerland, and Turkey in the Group A of the competition.

Jose Mourinho, writing in his Euros column for The Sun, has also taken notice of the pacey forward’s ability, stating, “Dan James is fast and is the one that can break defenders.”

James shined during Wales’ qualification for the Euros and was also on the scoresheet in their World Cup qualifier win over the Czech Republic in March.

If he can replicate Gareth Bale’s Euro 2016 heroics at this year’s European Championships, the domino effect will also see his stock rise at Carrington.