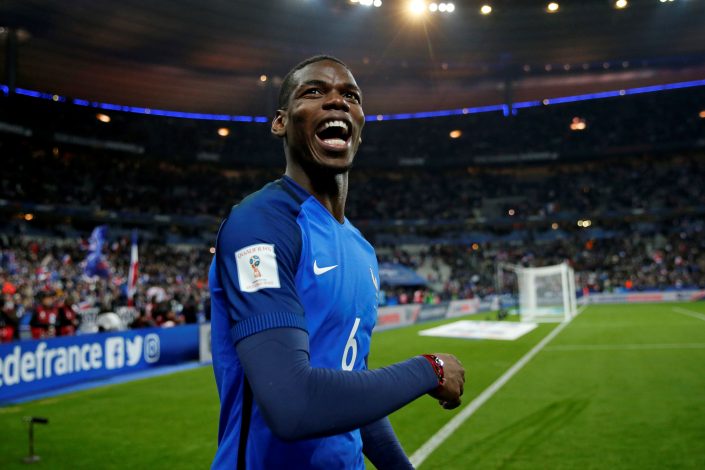 Manchester United fans will be eagerly following their stars on their Euro and Copa America tryst during the mid-season. While the likes of Fred and Scott Mctominay are putting in their work with Brazil and Scotland respectively, a lot of English talent is also in contention, although Dean Henderson’s injury return will be a big blow.

In this sense, it is their key midfielders in Paul Pogba and Bruno Fernandes, respectively plying their trade for France and Portugal, who are touted as favourites to lift the title.

Fernandes had a fruitful outing when Portugal started off their defense on solid footing with a 0-3 win over Hungary. However, it was Paul Pogba who really shone in France’s excellent 1-0 win over Germany. The United star was named Man of the Match and received plenty of praise from all around for his display in the exciting encounter.

As such, it comes as no surprise that his teammate would also have a word to add to the heap of praises, albeit tongue in cheek.

Congratulating Pogba for his game after the fixture on Instagram, Fernandes captioned his take by stating. “Happy for you, but MVP only today”

Classic Fernandes with his playful competitiveness, a feat he has often displayed on social media as well on the pitch during goal celebrations.

The European Championship has a chance of seeing these two midfielders lock horns when the two sides meet next Wednesday in what will be a decisive clash to determine the eventual winners of the group of death.

On that day, the banter and midfield display alike will be a sight to behold for supporters of the club.

← What Fans & Players Are Saying About Pogba’s Performance vs GermanyMedical Complete For United’s First Summer Signing, Offer Rejected For Another →