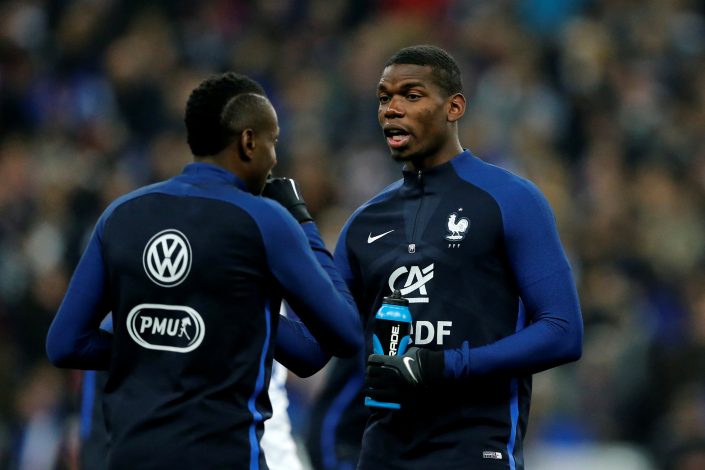 Paul Pogba put in a Man of the Match performance as France take three points off Germany in the Group of Death.

The 28-year-old midfielder, who’s yet to lose a game with France when starting with N’Golo Kante, was involved in yet another win for the World Champions. The Premier League duo bossed the German midfield including Ikkay Gundogan and Toni Kroos.

Pogba, in particular, was the engineer behind almost every French attack on Tuesday night, finding Kylian Mbappe with line-breaking passes at every given opportunity.

Further, the only goal of the night also came through the Manchester United midfielder’s skillful play. He picked Lucas Hernandez in space down the left. Mats Hummels scored an own-goal in an attempt to prevent the French left-back’s shot from reaching towards Mbappe across the face of the goal.

Such was his display at the Allianz Arena that the dynamic midfielder was praised by fans as well as Jesse Lingard and legendary German midfielder Bastian Schweinsteiger.

France exploiting that Pogba cross-field-connection with Mbappé will be a thing all tournament without a shadow of a doubt.

Pogba’s better for France but come on lol, he’s been playing at a very good level for the last 6/7 months for United. People just ignore it https://t.co/tOqsflxJbm

Paul Pogba immense – looks his best in a long time fitness wise, confident with his trickery & longer balls. Tracking back was also very strong – such a unique & dominant creator for France.

Congratulations to the @equipedefrance and my former teammate @paulpogba who was the Man of the Match. The @DFB_Team was missing punch and took too little risk. Lack of activity in the offense in the end. Let’s hope for the remaining two games.#EURO2020

A win in Munich is an excellent start for tournament favorites France, who are in the toughest group of this summer’s European championships. With Portugal also comfortably winning their game against Hungary, the Germans are now under the most pressure in Group F.

UEFA Star of the Match Pogba, meanwhile, will take a lot of confidence from his showings in the middle of the park, with his club future still uncertain.