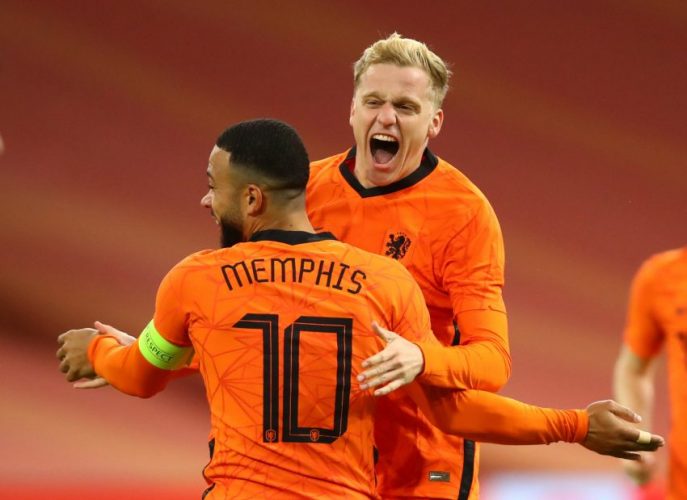 Four-and-a-half years after his disappointing exit from Manchester United, Memphis Depay is all set for a second chance at the big-stage with Barcelona.

Depay, 27, is currently with the Netherlands, but as per Barcelona manager Ronald Koeman, the deal to sign him on a free transfer from Lyon is “almost there”.

The dynamic forward has come a long way since leaving Manchester for Lyon in January 2017. The PSV-arrival never really managed to settle, and perhaps made a mistake by donning the illustrious No 7 shirt at just 21 years of age.

Apart from the weight of the iconic shirt, there have been many assumptions regarding why he flopped at United.

As such, when Rio Ferdinand was asked the same question by BBC, he said: “I think it comes down to numerous things. “Timing, the right time and right place, and maturity, he may have gone there too young. And coaching, the right coaching at the right time.”

Indeed, ‘Timing’ is key with any young player. Depay’s time in the French Ligue 1 and with the Netherlands, including his performance in the Euros, show just how much his game has matured.

‘Coaching’ is another factor, as Ferdinand mentioned. In Koeman, the Barcelona-bound star will get the best possible boss at the Camp Nou. The Dutch duo have already worked together with the National side successfully.

Everything seems to be in place for Depay to shine at Barcelona alongside Lionel Messi, and fulfill the promise that made United spend around £27m on him in 2015.