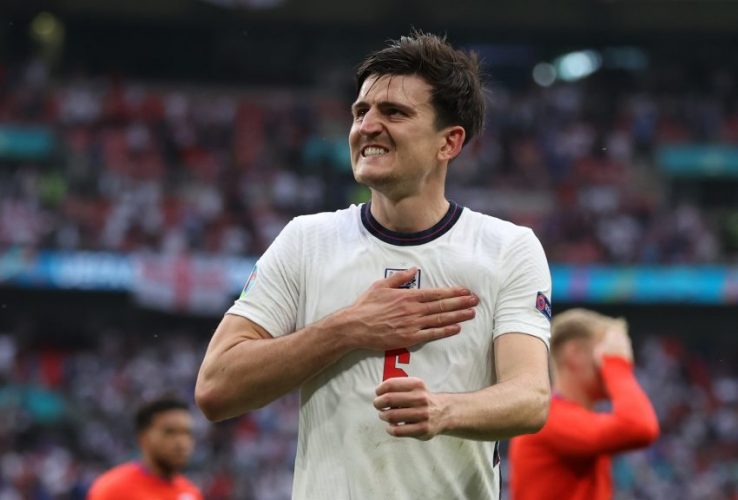 England was able to triumph over Germany in a classic European encounter. The game ended 2-0 with Gareth Southgate’s men claiming a spot in the quarter-finals against Ukraine.

Raheem Sterling and Harry Kane provided the crucial goals during the fixture.

However, what was equally vital for the game was the manner in which the English defense kept an erstwhile dynamic German forward line quiet and relatively toothless.

The credit for that has been piled on one person in particular.

Harry Maguire was a real treat throughout the fixture. Returning from injury, the Manchester United centre-back was paramount in rendering the pacey and creative German forwards to be largely frustrated.

Fans took great notice of this and praised the defender on Twitter.

No one can deny that Maguire is a world class centre back. Was simply sensational tonight. What a player.

Just 6 months ago you’d be abused if you said Harry Maguire & Luke Shaw would be putting in world class performances leading England into the business end.

Maguire’s price tag clouded a lot of people’s judgements, including mine. But his performances every the last year have been incredible, seriously.

The Man Utd fans I follow have been saying this for ages but Harry Maguire really has been excellent for a while now.

I remember watching Maguire trudge off for England having been sent off, his head had clearly gone, I was worried he’d just continue to go backwards and the pressure would swallow him up but what a turnaround.

Settling into his role as United captain and stepping up for England.

The 28-year-old won several key duels as well as making important recoveries. More importantly though, his trademark forward runs stabilized the whole setup- lending England the precise sort of x-factor that was missing during his absence in the initial games of the group stage.

For his heroics, Maguire was also awarded the Star of the Match accolade.

Now, with favourites France and Portugal both facing dramatic exits in this stage itself, it is fair to say that the Three Lions will now be fancying their chances for the coveted title.