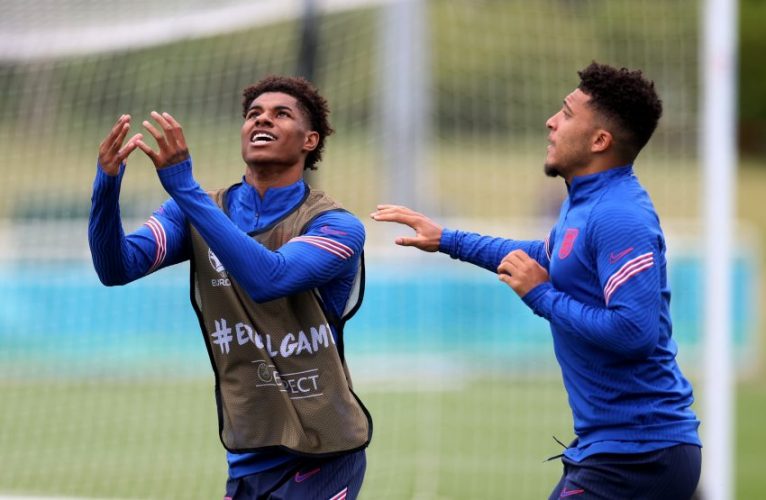 Man United have finally confirmed they have reached an agreement with Borussia Dortmund to sign long-term target Jadon Sancho.

One of the longest transfer sagas of recent times thus come a close as the Red Devils finally announced they have agreed a deal in principle for their top target on Thursday. And now with a few more formalities, fans will be able to witness Sancho in United colours very soon.

The Englishman had been desperate to make a move to England for quite some time, even agreeing personal terms with the club last summer. But Dortmund refused to let him go for anything less than their valuation at the time.

According to the Athletic, the winger was so eager to join Solskjaer’s side that he had reportedly jokingly pushed friend and England teammate Marcus Rashford and said: “Can you ask Ed [Woodward] to pay the money, please?” – an interaction that fans will be delighted to learn of.

The pair have always been close friends and had teased the transfer throughout the summer during their time together at the Euros. One could say Rashford was the one who announced the transfer first.

Which is why his welcome message to the former Man City man comes as unsurprising. The forward took to Twitter to issue a warm welcome to his compatriot and addressed him in a very familial manner.

The 23-year-old is clearly delighted with his ‘brother’ joining him at Old Trafford and the bond these two share will definitely warm the hearts of the fans. One might wonder if the left-winger had any significant influence in the youngster’s decision to sign for the English giants.

The Old Trafford outfit are the first to close a deal of such proportions this summer, setting the tone for not only a busy window ahead for them but also putting rivals on high alert.