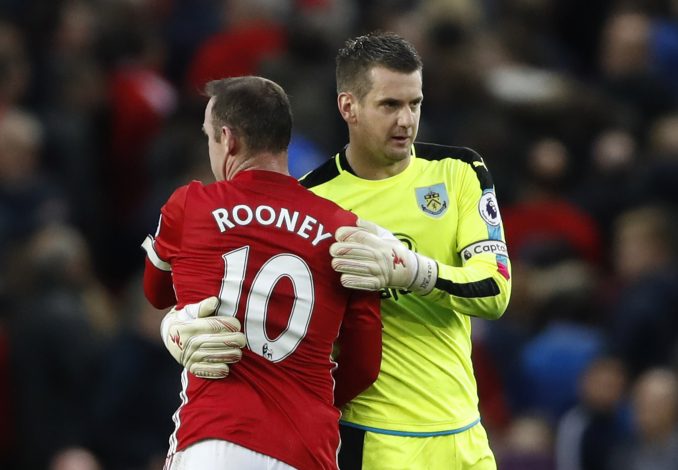 Tom Heaton’s return to Manchester United could spell bad news for one of David De Gea or Dean Henderson.

The shot-stopper had departed Manchester without making a single appearance after rising up through the United academy ranks and makes a return now after a decade.

United confirmed the free signing of the Englishman on Friday. Heaton’s deal will keep him at Old Trafford until 2023 with a clause that could potentially extend his stay by another year. Adding that to the fact that Lee Grant has extended his contract, Ole Gunnar Solskjaer now needs to make some decisions.

This will likely turn out to be bad news as De Gea or Henderson may reportedly bite the dust to make space for the new arrival. According to the Telegraph, the Old Trafford outfit will now look to offload one member of the duo.

Neither the Englishman nor the former Atletico Madrid man will want to play second fiddle to each other, so it is very realistic that one departs this summer. Having lost his place to the ex-Sheffield United keeper towards the end of last season, it looks very probable that the Spaniard could be the one heading towards the exit.

Moreover, it would seem that getting a 30-year-old – who arguably earns an amount too generous for his form – off from the wage bill is a likely conclusion the club could reach. After all, having someone who lost the starting spot for both club and country on a massive contract makes little sense from a financial perspective.

The report goes on to add that a loan move could be an option. In that way, the Red Devils would be able to subsidise the hefty wages the veteran keeper is currently on as well.