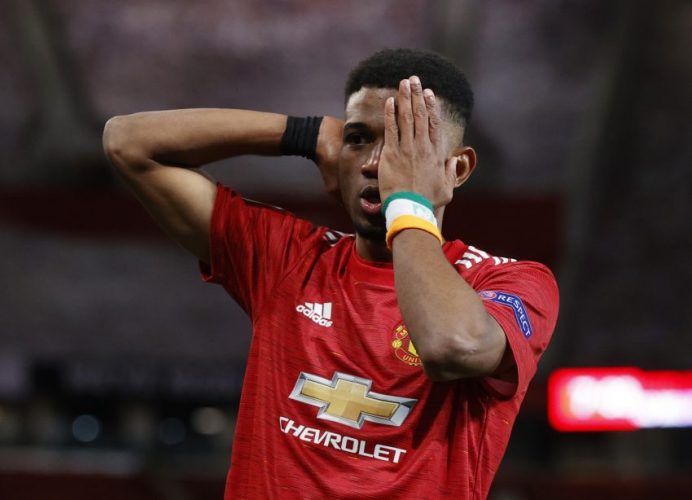 Amad Diallo and Facundo Pellistri will have to compete with Jadon Sancho for game-time on the right-hand side of Man Utd’s attack if they remain at the club next season.

The young duo were signed last summer after the Red Devils’ move for Sancho failed to materialise, but were seen as future investments rather than direct alternatives to the England international.

Uruguayan talent Pellistri was deemed not ready for the English football, while Diallo only arrived in January, too late into the campaign to nail down his place in to the senior team.

Hence, United were always going to return to Germany for Sancho, and wasted no time in officially agreeing a deal with Borussia Dortmund this summer.

Now with the 21-year-old’s transfer, subject to contractual terms and a medical, first-team opportunities for both Pellistri and Diallo under Ole Gunnar Solskjaer will dwindle even further.

As such, speculation regarding the duo’s temporary exit, alongside other academy prospects, from Old Trafford has already begun.

According to Fabrizio Romano, Pellistri, who was with Deportivo Alaves since January, wants to go back on loan to the La Liga outfit.

Meanwhile, discussions will take place with Diallo’s agents in the next weeks to decide his future, with a loan move being viewed as the most probable conclusion.

In case both depart, Daniel James should be Sancho’s understudy, especially if Mason Greenwood is shifted to the middle of Man Utd’s attack.