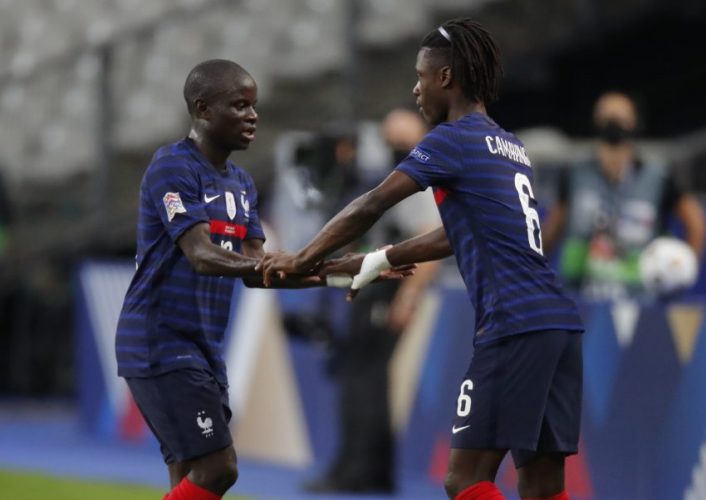 Man Utd ‘should make’ a first offer to Rennes for the signing of  Eduardo Camavinga in the coming days, as per reports in France.

The English outfit have shifted their focus towards midfield after boosting their attack with the acquisition of Jadon Sancho from Borussia Dortmund.

After committing to cough up €85m for one of the Bundesliga’s biggest talents, United are now expected to make an offer of around €30m for the Ligue 1 prodigy, who interestingly took to social media, last week, to ‘like’ a post confirming the former’s transfer to Old Trafford.

According to French outlet Le Parisien, the Red Devils remain in talks with Camavinga’s entourage and ‘should make’ a first offer in the coming days. However, the report adds that their proposal is unlikely to be accepted.

This is in contrast to the claim made by Italian journalist Fabrizio Romano, who earlier reported that Rennes are open to selling their academy graduate for about €30 million.

Regardless, the encouraging news for the United faithful is the club’s active interest in France’s youngest debutant since 1914. United and Rennes could come together on a compromise over the transfer fee – considering Camavinga’s contract is due to expire next summer.

Instead, Paris Saint-Germain’s interest is a bigger hurdle for Ole Gunnar Solskjaer’s side. It is understood that Camavinga prefers to continue his career in France, giving Mauricio Pochettino’s men a crucial advantage over other suitors.

Further, Real Madrid and Chelsea are also reported to be in contact with the midfielder’s agent Jonathan Barnett – who incidentally also represents United star Luke Shaw.