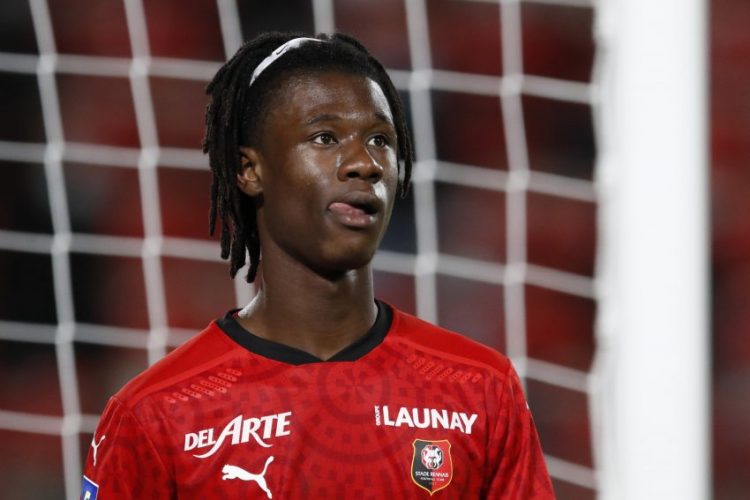 With Fabrizio Romano having given his word and several other outlets reporting positively, fans can take it as all but assured that Jadon Sancho will be joining Manchester United.

This long-drawn saga will bring with it much fatigue as the entire ordeal has been going on for the better part of two years.

However, at the end of it, both United and the Premier League will receive a fine player with an exciting goal-contribution record. The world’s eyes will be on the 21-year-old as he seeks to light up Manchester yet again.

At the same time, the reactions of two particular individuals to the “Here we go” does generate further speculation.

Eduardo Camavinga has recently emerged as one of the players that United could acquire this transfer window.

Further still, none other than Erling Haaland’s father, Alfie Haaland reacted to the news as well in a tweet in response to Romano’s initial update.

Fuck. 🐝 But all the best @Sanchooo10 You will be missed.

The Haaland message, in particular, will have fans excited given that the English outfit have been closely linked to the Norwegian starlet as well. However, it is much more realistic to read the reaction as one of genuineness given how closely the duo worked together in creating goals at Borussia Dortmund.

The Camavinga reaction, on the other hand, can be interpreted to have some merit to it.

United are linked with a host of names following the Sancho saga and the Frenchman could also be joined by his compatriot Raphael Varane if some reports are to be believed.

Incidentally, if Varane does make the switch along with Camavinga, then it may not be a French gala at Old Trafford after all due to recent events.