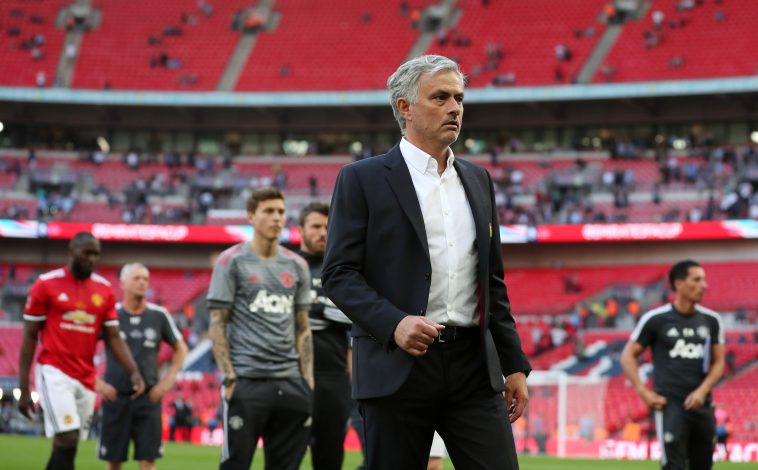 It is a known fact that the pair did not exactly have the best of relationships during their time together at Manchester United. There have always been whispers around the media that Mourinho did not rate the Englishman very highly and that the atmosphere between them had gotten bitter.

However, that has not stopped the new AS Roma boss from giving credit where it is due as he applauded Shaw’s Euro 2020 campaign without holding back one bit.

“People think I don’t like Luke Shaw,” the Portuguese explained, speaking to talkSPORT. “I have to say: amazing tournament, fantastic final, no defensive mistakes, very solid.

The former Real Madrid boss was eventually let go by United as he lost the support of the dressing room. Alongside the left-back, Paul Pogba also allegedly faced unfair treatment from the veteran manager making it clear why he was sacked in the end.

Nevertheless, there does not seem to be any resentment in Mourinho’s mind. Or it could be that he is professional enough to not hold grudges while judging individual performances.

On the other hand, the 58-year-old now has Leonardo Spinazzola at his disposal. The Italian left-back is a very capable player and was deservedly named in the official Euro Team of the Tournament despite incurring an injury during the quarter-finals.

Some may argue that the England international deserved to be in that XI over Spinazzola, but the ex-Chelsea boss will be very happy to have a player of his club have the honours instead.

However, the 28-year-old will remain out of action for several months so the Special One will have to wait for a very long time before he can have him at his disposal.