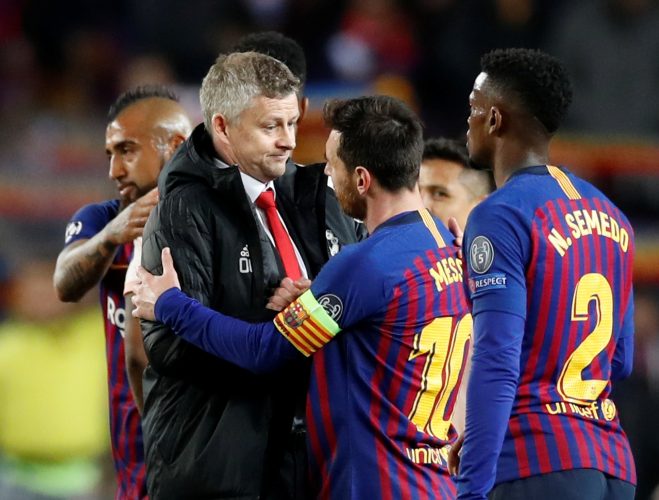 Lionel Messi is leaving Barcelona. The news is hard to digest for the football world, but assuming Barcelona’s statement is not all a ploy to force La Liga to change their stance, the Argentine will not add to his 778 appearances for the Catalan club.

Barcelona, in their official statement, confirmed both parties reached an agreement over a new contract, but they won’t be able to formalise the deal “because of Spanish LaLiga regulations on player registration”. As such, if La Liga stand firm and don’t allow any financial concessions, Messi will leave the Spanish football after 18 years.

The best player in the world, even at the age of 34, is available on a free transfer and is bound to attract interest from top European clubs. Having said that, there aren’t many sides who can afford the financial burden that would accompany Messi’s genius on the pitch.

Paris Saint-Germain and Manchester City are the only two clubs strongly linked with the Copa America winner. Although, that hasn’t stopped some Manchester United supporters to hope, rather than demand, that the Premier League giants put their hat in the ring as well.

This can only mean one thing: pic.twitter.com/dVbHAnkUZt

Earlier this year, you said you care deeply about Manchester United and are striving to make it one of the most successful clubs in the world.

Sincerely,
Supporters that don’t believe you.

Dear Messi. Solskjaer is the man who can take you to the next level 😌 pic.twitter.com/0oRCbfuXLE

Time for Messi to put that cold rainy night at Stoke debate to rest for good I’d say.

Hear me out…. Pogba + cash for Mbappe.

Regardless, Ole Gunnar Solskjaer’s side have already signed Jadon Sancho, and plan on addressing their frontline further next year. They are not anticipated to get in the mix for the ex-Barca forward’s signature.

However, Messi’s future could still influence the Old Trafford outfit’s transfer window. Paris Saint-Germain are favorites to sign the Barcelona icon as they make a push for the Champions League glory, and will, in all likelihood, abandon their pursuit of United midfielder Paul Pogba.