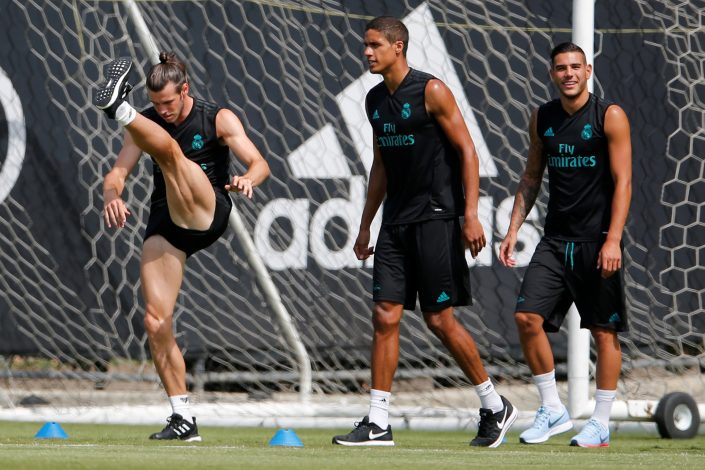 Raphael Varane underwent a medical at Carrington on Tuesday and is expected to officially sign his contract today. After a decade long wait for his signature, Manchester United will be able to unveil him as a Red Devil in a planned afternoon announcement.

The Frenchman has been in England since Thursday, but couldn’t complete the formalities due to quarantine rules. The delay has more or less ruled him out of a starting XI spot for the Premier League opener against Leeds United this weekend.

Before the last pre-season friendly against Everton, Ole Gunnar Solskjaer also suggested Varane, alongside new arrival Jadon Sancho, will be on the bench.

However, according to M.E.N, the 28-year-old is keen to start training on the announcement day itself in order to win the race against time and make himself available to start the game against Leeds on Saturday.

As per the rules in the Premier League, the Red Devils will be able to involve the centre-back in the game if they register him by 12 pm on Friday.

Varane’s eagerness to play and help his team from the get go is similar to that of Bruno Fernandes. The former Sporting Lisbon captain trained with his new teammates for just one day before making his United debut against Wolves.

However, Victor Lindelof is also available for selection, and Solskjaer might not want to take risk with the former Real Madrid man without a number of training sessions, especially against an energetic side like Marcelo Bielsa’s. But the Norwegian will appreciate Varane’s commitment.

Further, emulating the Portuguese midfielder in professionalism and desire to represent United as soon as possible is a sure-fire way to become a favorite at the Theatre of Dreams.