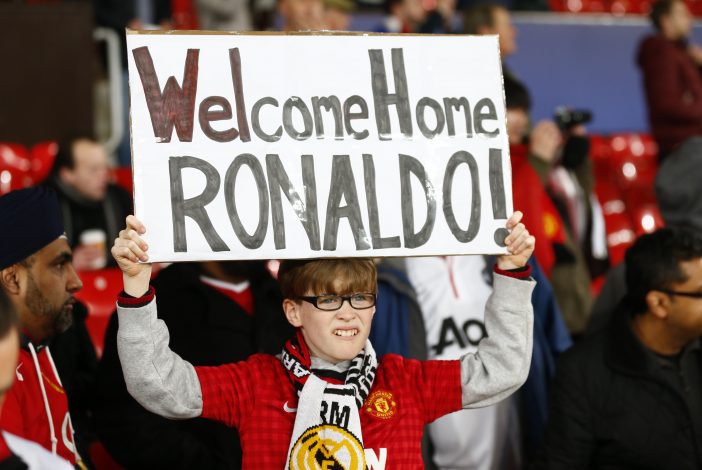 Manchester United have agreed on a deal to sign Cristiano Ronaldo and fans have absolutely lost it.

The former Real Madrid superstar looked to be set to sign for rivals Manchester City until Friday afternoon when United made serious developments. However, Pep Guardiola’s side decided to pull out from negotiations and communicated the end of their pursuit to Jorge Mendes.

On the other hand, the Red Devils made significant progress in their negotiations with Ronaldo. Ole Gunnar Solskjaer also made his desire to welcome his former teammate back publicly on Friday. The forward had always been open to a move back to his former club and that is the direction things seem to be headed towards.

Solskajer’s side have agreed to sign the Portuguese international for €15m with €8m in add-ons. The ex-Red Devil is expected to sign a deal that will tie him down at Old Trafford until the summer of 2023.

Naturally, United fans are absolutely ecstatic about the turnaround and have reacted in amusing ways on Twitter.

There will never be a transfer window as crazy as this one. It’s just not possible.

The king is back home 😁

Breaking news: @Cristiano is going back to @ManUtd. Wow! Just Wow. What a signing. What a transfer window for United. What a home coming. Love it.

Following Lionel Messi’s move to Paris Saint-Germain, virtually nobody would have expected another transfer that could shock the fans this summer.

With the 36-year-old’s return to Manchester, the summer transfer window of 2021 will remain as one of the most iconic windows in modern football. Now, if rumours of Kylian Mbappe’s departure from PSG have any truth to them, things are only going to get spicier.

Now it remains to be seen how the Portuguese fits into the gaffer’s plans and whether he will take the iconic No. 7 shirt off Edinson Cavani.