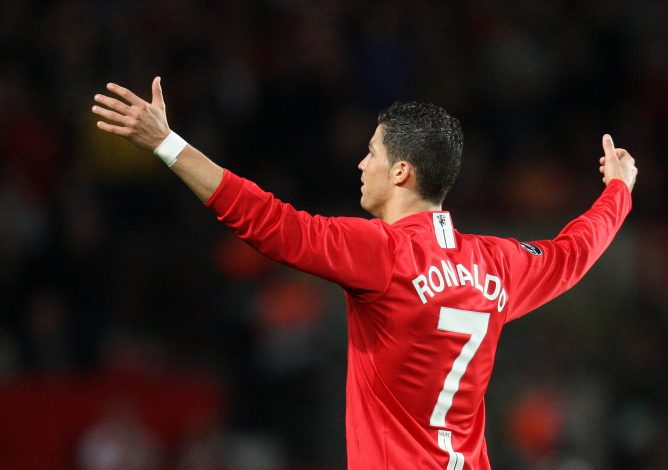 Cristiano Ronaldo’s move to Manchester United came with massive riches in the form of shirt sales that eclipses even Lionel Messi’s.

The Portuguese’s switch to United from Juventus was one of the biggest transfers of the summer alongside Messi’s transfer to Paris Saint-Germain.

Both of them unexpectedly switched clubs and considering their status as two of the all-time greats of the game, the summer transfer window of 2021 is arguably the most iconic window of the modern era.

On the other hand, when a club signs such big names, it comes with a big commercial boost as they bring in revenue in more than one way. One of those revenue streams is shirt sales as fans would naturally flood in to buy jerseys and get the players’ names on the back.

Within just 12 hours of announcing Ronaldo’s shirt number, the Red Devils reportedly sold £32.5 million worth of jerseys. This means that the veteran is now the most popular and the fastest shirt seller in Premier League history.

In fact, the Portugal international became the biggest selling player ever in the 24-hour period following his return to Old Trafford, according to Fanatic (via the Mirror).

With the former Real Madrid superstar acting as the catalyst, the Mancunians’ shirt sales eclipsed that of Messi’s following his transfer to PSG and Tom Brady’s after his move to Tampa Bay Buccaneers.

Overtaking the former Barcelona icon in popularity is no easy feat. This not only goes on to show how big of a name “Ronaldo” is but also how big United are as a club and the kind of following they have around the world. Moreover, the 36-year-old’s arrival only ensures the club’s fan following grows even further.