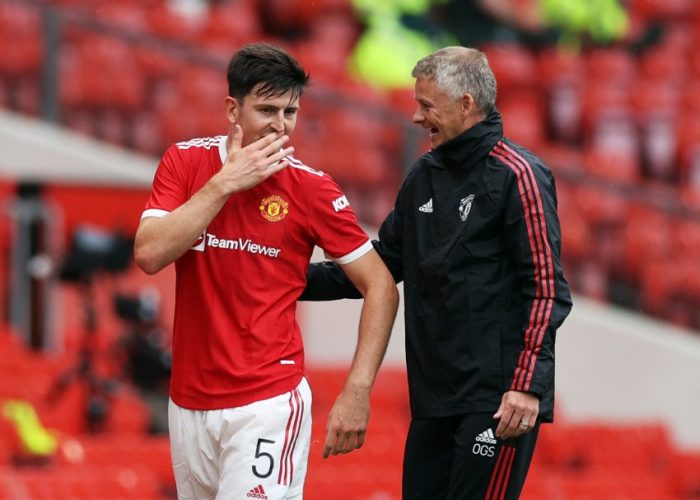 Manchester United take on Villarreal in a rematch of the Europa League final last season.

Ole Gunnar Solskjaer will be under the same scrutiny he was after the penalty-shootout defeat in Gdansk if he fails to exact revenge on Unai Emery’s men on Wednesday night, as United have lost three of their last four games in all competitions.

The Norwegian will go into the crucial Champions League tie with a new look defence due to Harry Maguire and Aaron Wan-Bissaka’s absence, and Luke Shaw’s situation’s is still uncertain. However, this will likely not be taken into consideration during Solskjaer’s criticism if United go a third straight match without a win at Old Trafford.

If Shaw remains unavailable, Alex Telles will take his place. Although the Brazilian is capable of offering the same attacking threat, the Red Devils will be more vulnerable during defensive transitions.

As such, the United boss is likely to stick with his trusted midfield pair of Scott McTominay and Fred to protect a reshuffled defence and break up Villarreal’s play when Dani Parejo and Etienne Capoue look to dictate in the middle of the park.

However, a change is possible in attack with the inclusion of Jadon Sancho, as the hosts are likely to keep the lion’s share of possession against a well drilled defence of Villarreal. Sancho’s linkup with Bruno Fernandes and his frequent shot-creating actions would be key to open the Yellow Submarine.

Emery’s side are a tough nut to crack. Unbeaten in their last seven games, they have managed to draw against the likes of Atletico Madrid and Real Madrid.

As such, apart from fielding a Starting XI which has a balance of creativity and solidity, Solskjaer will also have to make a better use of options on the bench at his disposal.