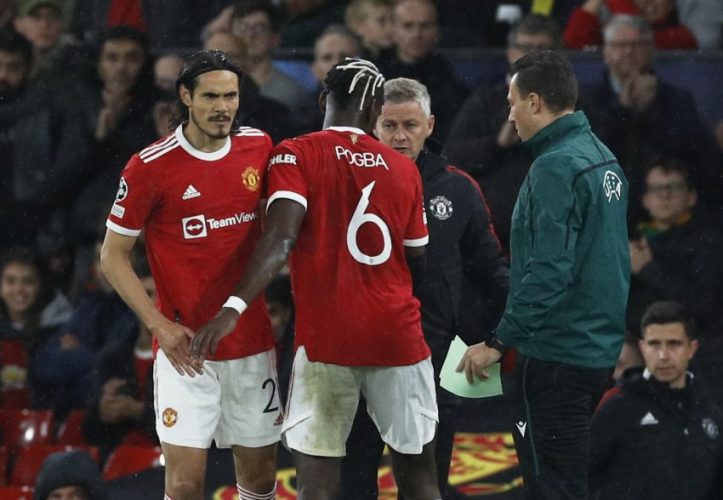 Villarreal staff were left noticeably frustrated by Edinson Cavani in the Champions League earlier this week.

Manchester United pulled off an admirable comeback against the La Liga side on Wednesday thanks to an injury-time winner from Cristiano Ronaldo. It was their first Champions League win of the season after dropping all three points against Young Boys a couple of weeks ago.

The tie was frustrating for both sides as it took nearly an hour to find a breakthrough via Paco Alcacer only for Alex Telles to level the scoreline soon after. And Cavani was on a mission to make things even harder for the opposition.

Unai Emery is a very pragmatic coach, he deploys his substitutes in a tactical periodisation method of warming up. And whilst they were going on about their routine, the Uruguayan – who was also sent to warm up – decided to stretch his muscles right in between them in order to disrupt and provoke them, as per The Athletic.

Unsurprisingly, the striker’s antics managed to do the trick. Cavani had already started to make an impact on the game even before stepping onto the Old Trafford pitch.

A big aspect in football is composure, so it is no surprise that players and managers employ what many call ‘mind games’ to throw the opposition off their flow and concentration. The former Paris Saint-Germain man has always been notorious for such antics and Emery got to experience that first hand.

The 34-year-old may not be influencing every match from the pitch, but he is certainly doing his best to do so off the pitch. And judging by the final result, it was his side that stood stronger mentally and tactically.