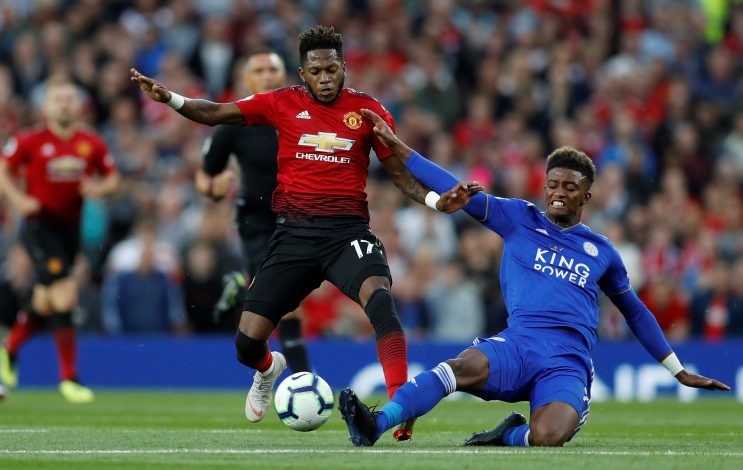 Manchester United drop points at home in back to back Premier League games, drawing 1-1 to Everton on Saturday.

Ole Gunnar Solskjaer handed a rare start to Anthony Martial, who in turn rewarded the gaffer’s faith by scoring the first goal of the fixture just before the break.

Everton, however, never lost the grip of the game. Despite trailing to Martial’s strike, Rafael Benítez’ side maintained their defensive structure, preventing the hosts from doubling the lead.

They kept waiting for an opportunity to exploit the space left behind during attacks, as Solskjaer opted to introduce Cristiano Ronaldo and Jadon Sancho in search for more goals.

Eventually, Everton managed to take the advantage, as they counter-attacked to equalise in the 65th minute after United lost possession from their own corner.

Demarai Gray outmuscled Fred twice to move the ball forward, finding Abdoulaye Doucoure, who set up Andros Townsend one on one against David de Gea to fire him.

While both Aaron Wan-Bissaka and Luke Shaw should’ve done better during Everton’s build-up, Owen Hargreaves insisted that Fred should’ve done more in the two chances he got to win the possession off Gray to stifle the counter-attack.

The former United midfielder further added that the mistake would’ve led to him being dropped under Sir Alex Ferguson.

“It can’t happen. Sir Alex wouldn’t forgive you for that, you wouldn’t have played for a month, seriously,” Hargreaves told Premier League Productions during his analysis.

United have looked vulnerable on the break all season, and risk being left behind by Liverpool, Manchester City, and Chelsea in the title race if the issue persists.