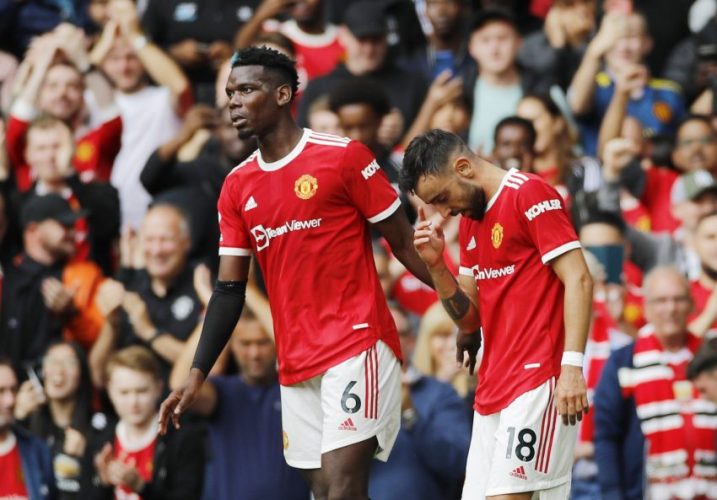 Manchester United dropped points this week as Everton held them to a 1-1 draw.

Anthony Martial broke the deadlock right before half-time with his first goal of the season. But the Toffees equalised shortly after the hour-mark through a brilliantly worked goal scored by Andros Townsend.

Not the brightest performance from the Red Devils but not exactly a dreadful one either. Let’s take a look at how well each United player performed at Old Trafford this week.

The Spaniard did well for most of the game’s duration but did nothing to stop the equaliser. De Gea was static when faced with Townsend’s effort and should have done better from his position.

Wan-Bissaka enjoyed his best game in months against the Blues. Solid defensively and contributed well while going forward.

Timid is probably the best way to describe the Swedish international’s performance. His lack of confidence was quite apparent as he looked shaky during every encounter with the Everton attack.

An average outing by his standards. Varane did not do bad by himself, but the entire defense was caught lacking during the build-up of the leveler.

Potentially saved a point with his brilliant block in the first half. Linked up well on the left flank and facilitated the attack.

The midfielder did well enough considering he was up against Allan and Abdoulaye Doucouré. But nothing special overall.

Performed better than a few of his previous outings. Did well to link up with his teammates but was poor when his side conceded.

Did well to find Martial for the opener but that’s pretty much where the positives stop. Fernandes had a very poor outing and indirectly caused the Mancunians to drop points with his sloppiness that Rafa Benitez’s side capitalised on.

The youngster got into good positions but nothing came off right for him today. Should have been taken off at some point in the game.

The goal overshadowed a lacklustre performance. No surprise Martial was taken off early into the second half.

Ineffective on the pitch and missed a great chance. He was not his usual self.

Easily Sancho’s best game since his move to the Premier League.

Brought nothing that could have changed the game.

Not too good, not too bad. Average cameo.

With an away fixture against Leicester City waiting next gameweek, Ole Gunnar Solskjaer would have wanted to go in with the boost of a win. Nevertheless, the focus is on the next game.