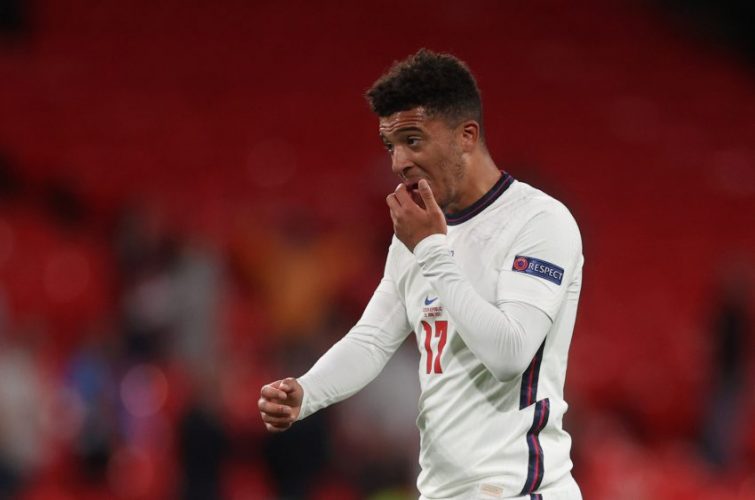 Jadon Sancho starred for England against Andorra, assisting twice in a comfortable 5-0 win.

Gareth Southgate, like Ole Gunnar Solskjaer, started Sancho on the left wing, with the 21-year-old playing his part in the Three Lions’ opening and third goal of the game.

For the first, Phil Foden picked his former Man City academy teammate’s clever run, who then calmly controlled the pass to set up Ben Chilwell in the 17th minute.

After the break, Tammy Abraham finished off Sancho’s inswinging delivery to put the game out of the hosts’ reach.

Starting ahead of in form Jack Grealish, the Manchester United winger certainly justified his inclusion in the Starting XI, posing a constant threat from down the left.

Jadon Sancho's performances — for #mufc & England — have just gotten stronger & stronger since his illness at the start of the season.

Sancho’s the best player in the world, and I don’t care that it’s against this Andorra super team either

The former Borussia Dortmund man will take a lot of confidence from the international break back to Manchester, as he still awaits for his first goal involvement at the club level this season.

The manner in which he cut in and whipped crosses into the box on Saturday night is a sure-fire way to get a lot of assists at Old Trafford, especially with Cristiano Ronaldo to connect with at the end.

Incidentally, the 36-year-old was on the score-sheet yet again for his country, scoring Portugal’s opening goal, set up by Diogo Dalot, against Qatar.