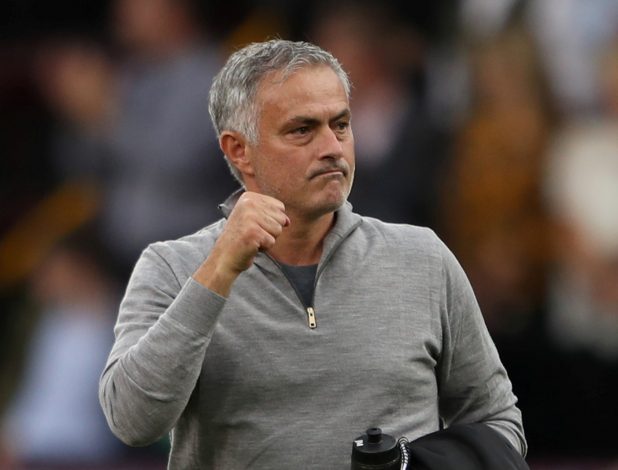 Jose Mourinho is making efforts to reunite with Diogo Dalot at AS Roma.

The Portuguese joined Manchester United from FC Porto during Mourinho’s reign, and was deemed to emulate the career of the club’s legendary right-back Gary Neville.

However, things didn’t pan out the way he or his then manager hoped for, as a disappointing start to the 2018-19 season saw Mourinho face the sacking. His successor, Ole Gunnar Solskjaer, didn’t rate Dalot as much, and instead opted to spend big on Crystal Palace right-back Aaron Wan-Bissaka.

Dalot was shipped to AC Milan on a temporary basis, and his impressive exploits in Italy led to a host of Serie A clubs queuing up for his services.

United, nevertheless, opted to keep the full-back this summer, but his situation has remained unchanged under Solskjaer, sparking a renewed interest from Mourinho.

As per Corriere dello Sport via The Sun, the former United tactician has requested Roma to sign Dalot in January. Accordingly, the Italian outfit are said to have put together a €1.5m loan offer. Further, an obligation to buy for €15m depending upon appearances could be included in the deal.

Solskjaer decision to switch to a back three formation opened up the need for a more attacking option for the wing-back role. However, despite Dalot’s crossing ability and his own attacking inefficiency, Wan-Bissaka has kept his place in the new system as well.

As such, it’s fair to assume Dalot is unlikely to succeed at Old Trafford, and a spell under the manager who believed in his potential and signed him in 2018 might just be what the 22-year-old needs to further his career.