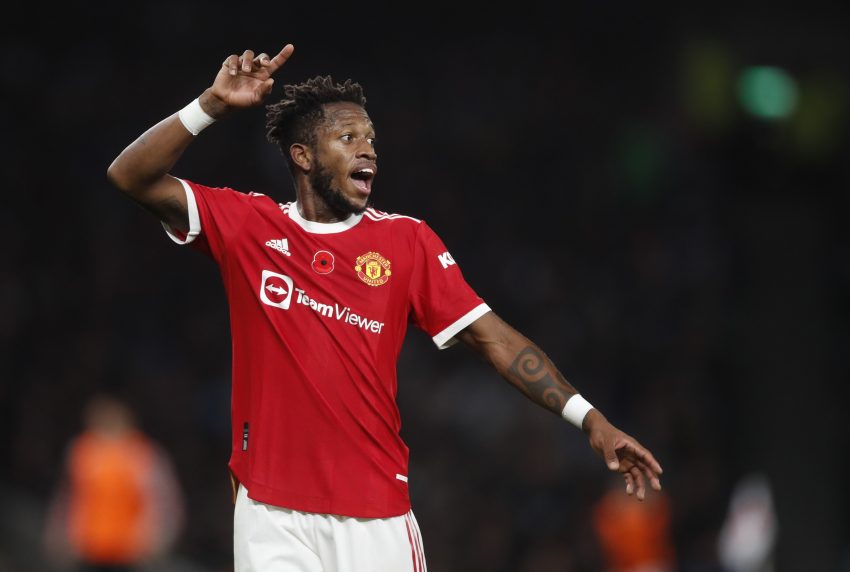 Manchester United’s winless run in the Premier League continued, as they could only come away with a 1-1 draw at Chelsea.

Jadon Sancho stunned Stamford Bridge by putting the visitors ahead against the run of the play, as Jorginho’s attempt to trap the ball on the halfway line put him in on goal. The Englishman kept his composure to beat Edouard Mendy and put the ball into the back of the net.

However, Jorginho quickly redeemed himself by converting from the spot after Aaron Wan-Bissaka fouled Thiago Silva in the box. Chelsea dominated the possession and threw everything in the final stages but failed to open United’s compact midfield.

Fred in particular was brilliant out of possession and won the ball several times, as Michael Carrick’s side looked to hit Chelsea on the counter attack. He also did well to intercept Mendy’s pass in the closing minutes but his poor chip attempt to regain the lead was easily saved by the Chelsea goalkeeper.

Man I love Fred, can't wait for his resurgence story within the fanbase. He's easily one of our best.

Although Fred made a stupid mistake in the last few minutes, he’s MOTM for me.

A very solid performance apart from that one poor decision.

The Brazilian’s energetic display must’ve impressed incoming manager Ralf Rangnick. Considering how much the German emphasises on a high-pressing style, the 28-year-old midfielder could prove to be a key player in his short stint at Old Trafford.

Scott McTominay also delivered a tireless performance, and despite a managerial change in the dugout, it won’t surprise many if ‘McFred’ continue to keep their place in midfield.