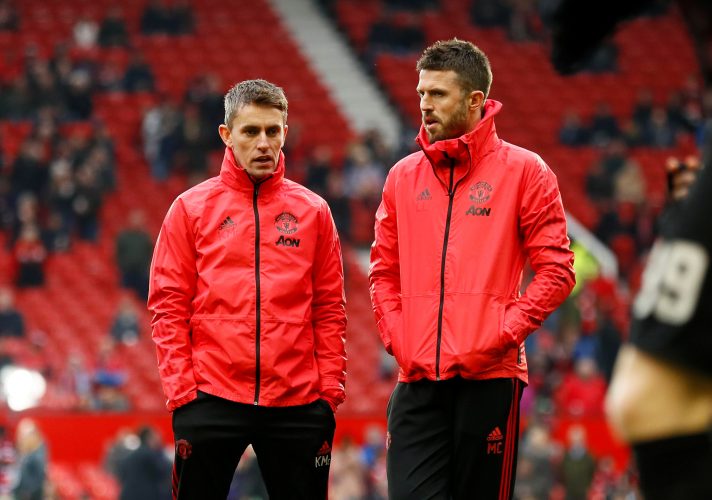 Michael Carrick decided against staying under interim boss Ralf Rangnick, and stepped down as first-team coach after leading the Red Devils against Villarreal, Chelsea, and Arsenal.

Now, McKenna is on the verge of exit, as he’s set to be named Paul Cook’s successor at the League One club in the next few days, reports the Sky Sports.

Rangnick has already added Carrick’s replacement in former New York Red Bulls and Toronto FC manager Chris Armas, and might have to look for another assistant post this development.

McKenna, 35, has been granted permission by United to speak to Ipswich, with the Premier League giants not wanting to stand in his way.

The Northern Irishman arrived at United from Tottenham Hotspur to take charge of the club’s Under-18s. He was quickly promoted to the first-team setup by Jose Mourinho, alongside Carrick, and remained in his role under the Portuguese’ successor.