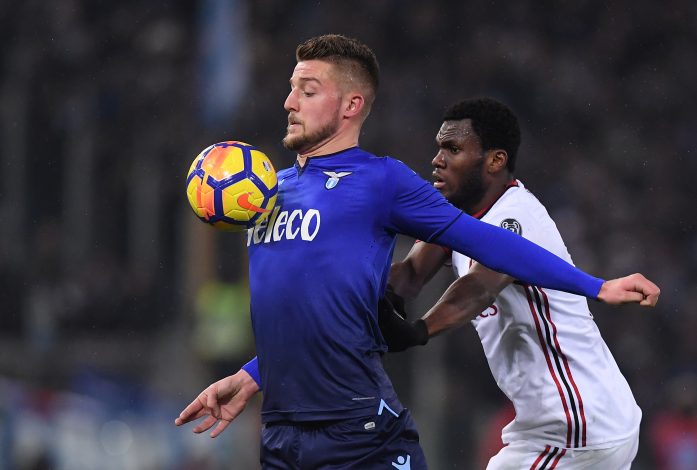 Ralf Rangnick emphasised the importance of controlling the games in his very first press conference as Manchester United manager.

In his first two Premier League games, the German tactician has overseen exactly that, with United’s midfield dictating the play against both Crystal Palace and Norwich City.

The organisation Rangnick has brought has led to Fred emerging as the standout player in the last two games, with the Brazilian being the key part of his side’s pressing approach. Scott McTominay has been a reliable presence behind Fred, but struggles to get away from his marker and lacks precision in his passes to dominate the play from deep.

The addition of a more natural number six could help the interim boss to implement his proactive system better.

It is understood United are prepared to back Rangnick in January, but are unlikely to pursue high profile midfielders like Declan Rice and Jude Bellingham at this stage of the season.

Luckily for Rangnick, there are plenty of realistic and budget midfield options the Red Devils could look to sign in the winter transfer window. Here are three such names:

Kamara is only 22 but has plenty of experience under his belt, appearing 142 times for Olympique de Marseille since making his debut in 2016.

The Frenchman is yet to sign a new deal and is looking to end his time at Marseille. With his deal expiring next summer, Kamara is able to negotiate a pre-contract agreement with foreign clubs from January. The Ligue 1 outfit are not in a hurry to sell him, but might look to cash in on their prized asset next month if the contract situation remains unchanged.

Kamara might not be a household name, but he has all the makings of the modern day defensive midfielder.

AC Milan are refusing to meet Kessie’s wage demands, and seem resigned to losing him at the end of the season.

The Serie A giants lost both Gianluigi Donnarumma and Hakan Calhanoglu on a free transfer last summer, and could look at offers for the 25-year-old in January to ensure some profit this time around.

At his ball-winning best this term. 👊 🇨🇮 pic.twitter.com/9hMMWzZtgC

Kessie tends to carry the ball forward on a regular basis and offers a goal threat from midfield, plus his excellent defensive work-rate and ball retention will allow United to dictate the tempo of the game.

Haidara has continued to be linked with a move to Old Trafford since Rangnick’s appointment.

The RB Leipzig star was brought to Germany from RB Salzburg by the 63-year-old in December 2018, and has since established himself as one of the most dynamic midfielders in the Bundesliga.

Haidara is already familiar with the demands of starring in Rangnick’s system and will slot right into United’s midfield. A £33m release clause in his contract means the Mali international could easily be secured in January.