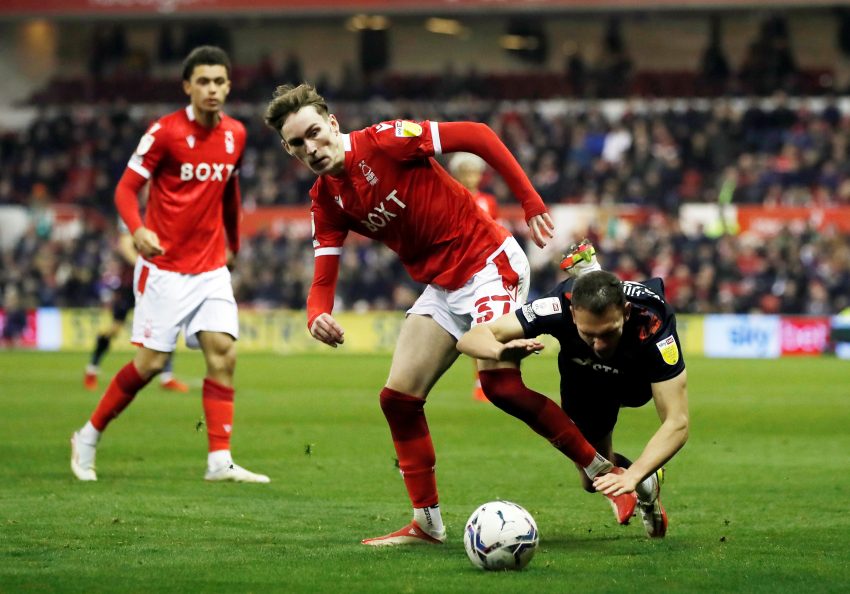 Nottingham Forest have dumped 14-time winners Arsenal out of the FA Cup in the third round for the second time in four years.

Lewis Grabban came off the bench to score the only goal of the game in the 83rd minute. The North London giants threw everything at the hosts in the remaining minutes but the Championship outfit defended well to see out what would be Arsenal’s only second defeat at this stage of the tournament since 1996.

Steve Cooper’s men were so much in control at the City Ground that Arsenal returned home without a shot on target. Forest’s midfield pivot of Ryan Yates and James Garner didn’t allow Arsenal players many comfortable touches on the ball in midfield. The winner also came after Albert Sambi Lokonga was dispossessed in the middle of the park.

Manchester United loanee Garner was impressive in possession as well and played some neat passes to pick out forward runs. In the 62nd minute, his beautiful free kick was headed towards the top corner, but Bernd Leno pulled off an outstanding save to keep the scores level.

If that free kick had gone in, I’d have been fully on board with cancelling Garner’s loan move immediately, getting him subbed off and into the squad for tomorrow.

The United academy graduate is enjoying his second productive loan spell at Forest, and with his parent club reportedly on the lookout for a new midfielder, a proper run at first team football at Old Trafford next season is a real possibility.

There have been some shouts for the Premier League giants to recall Garner mid-season from his loan, but it’s better to let the midfield prospect continue his development in a side where he is a guaranteed starter.