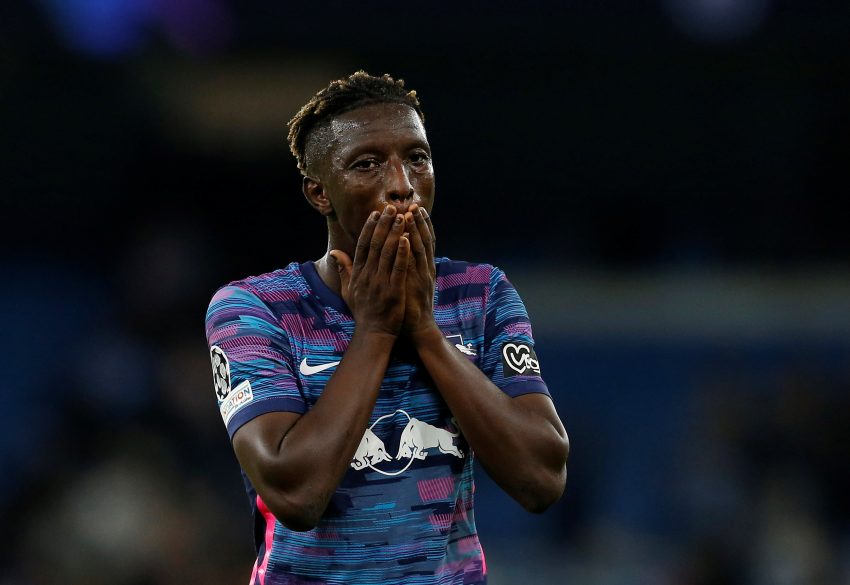 Manchester United’s midfield faltered yet again and blew a two-goal lead to draw 2-2 against Aston Villa.

The midfield pair of Nemanja Matic and Fred started the game well at Villa Park. The veteran Serbian covered the backline, while Fred roamed higher up the pitch. This approach from Ralf Rangnick allowed the Brazilian to pounce on the loose ball from Morgan Sanson in the final third and assist Bruno Fernandes for United’s second goal.

As the game went on, Matic – left isolated in the middle of the park – wasn’t able to match the intensity of Villa’s midfield, leading to two goals in quick succession from Jacob Ramsey and Philippe Coutinho.

Rangnick has recognised the United midfield needs strengthening very early in his tenure. According to the Mirror, he has already put in calls to RB Leipzig to negotiate a deal for Amadou Haidara.

The Bundesliga outfit are open to letting the 23-year-old midfielder leave, and have ‘verbally agreed’ a £33m fee with Rangnick.

Haidara, currently representing Mali in AFCON, has played under Rangnick before, and should be able to slot in straight away in the German tactician’s pressing system.

However, the Premier League giants are yet to make a formal bid to Rangnick’s former side. And it is understood that the interim boss is becoming increasingly annoyed at the club’s lack of urgency in the winter window.