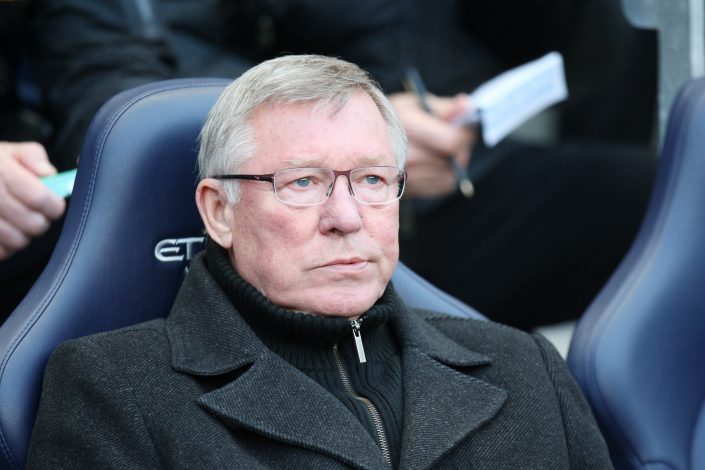 Anthony Elanga opened the floodgates early in the second-half against Brentford before Mason Greenwood tapped in from a counter-attack seven minutes later, and Marcus Rashford added a third goal to seize the three points at Brentford Community Stadium.

The feat of three different academy goal-scorers in a game should have been the highlight of Wednesday night’s trip to London for Manchester United, but instead Ralf Rangnick faced questions from the media about Cristiano Ronaldo’s angry reaction to being substituted in the 71st minute.

It isn’t the first time that the superstar forward hasn’t taken kindly to being hooked off.

In May 2009, Sir Alex Ferguson subbed him off with United leading 2-0 in the Manchester Derby. Ronaldo, who scored his side’s opening goal against Manchester City, made his anger known by throwing a tracksuit top to the ground and continued to shake his head in disbelief on the bench.

Rangnick said Ronaldo’s reaction was “normal” in his post-match interview, and Sir Alex also played down the Portuguese’ tantrum after the derby win, insisting: “It is great that he wanted to play on. It is fabulous. But I have to look at the big picture.

“He produced an incredible performance against Arsenal on Tuesday. He ran his socks off. Now I have Wednesday and Saturday to look after. There is no problem.”

Akin to the legendary Scot, now it’s the 36-year-old’s turn to look at the big picture, and understand his every move is idolised by the young talents at the club.

Further, Ronaldo’s petulant reaction isn’t going to help the interim boss, who already has several unhappy players on his hands, sulking due to lack of game time.

← “Listen Cristiano, You Are 36” – What Happened Between Ronaldo And Rangnick vs BrentfordMaguire To Return, Ronaldo A Doubt: How United Could Line Up Against West Ham →