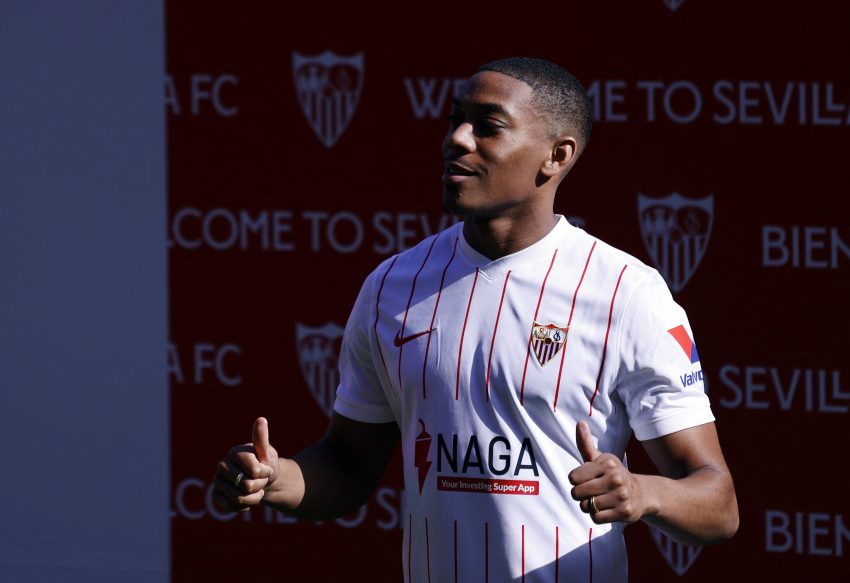 The Stretford End’s reception of Anthony Martial from Monaco in 2015 is still fresh in memory at the Theatre of Dreams. The way the Frenchman toyed with the Liverpool defence was enough for the crowd to embrace the special talent Manchester United managed to get their hands on.

Seven years later, Martial finds himself in Spain with Sevilla, albeit on a temporary basis, but his special status remains same, and was underlined yet again with Sevilla’s unveiling of him.

The La Liga outfit’s sporting director Monchi was intent on signing the 26-year-old for Julen Lopetegui, and agreed to cover his wages in full until the end of the season. And despite a rough past few months, he’s clearly still rated highly by United, as they didn’t agree to include any purchase option.

Delighted with finally managing to secure his services, Sevilla rolled out the red carpet for Martial with a video message from his idol Ronaldo.

We heard one of your idols was @Ronaldo, so we just had to get him to welcome you to our club and league! 👋 @AnthonyMartial | @LaLigaEN pic.twitter.com/bDUOsRpBnM

As he watched the message from the Brazilian icon from the Ramon Sanchez Pizjuan pitch, Martial came close to tears.

And this is just the beginning, as the France international has a great opportunity to write his name into Sevilla’s folklore, by pushing the club to it’s first league title since 1946.

Lopetegui’s side are just four points behind La Liga leaders Real Madrid, and have been crying out for a prolific goal scorer. They now have one in Martial.