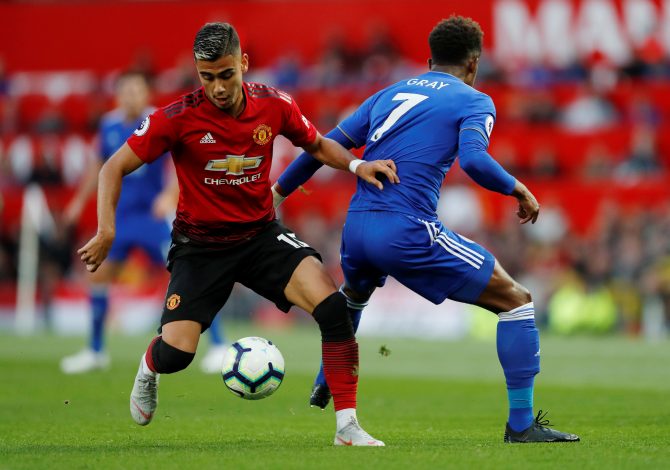 Manchester United have verbally agreed to a deal that could reach up to €14m by selling Andreas Pereira’s economic rights.

Pereira, after failing to establish himself as a regular under Ole Gunnar Solskjaer, moved to Flamengo in his native Brazil.

It seems after a number of disappointing loan spells – notably at Lazio during the 2020-21 season – the Brazilian has found his feet at Flamengo, having started 16 games in the Campeonato Brasileiro Serie A.

Both the Rio de Janeiro-based club and the player have been keen on convincing United to allow him to leave on a permanent basis.

According to Brazilian outlet Universo Online (via Mirror), Flamengo officials flew into England over the weekend to negotiate Pereira’s transfer.

It is understood that the two parties verbally agreed to a sum of €14m for 75 per cent of the midfielder’s economic rights. Part-ownership is common in South American football. It is reported further that the majority of the sum will be paid up front and the rest of it will be paid through performance-related add-ons.

Despite the 26-year-old’s improved performances in Brazil, United are not interested in bringing him back to Old Trafford.

Meanwhile, James Garner, on loan at Nottingham Forest, is hopeful of staying at United next season, reports MEN.

Amid lack of options in the middle of the park, United briefly discussed the possibility of recalling the English midfielder last month before it was decided it is best if he continues to play regularly in the Championship.