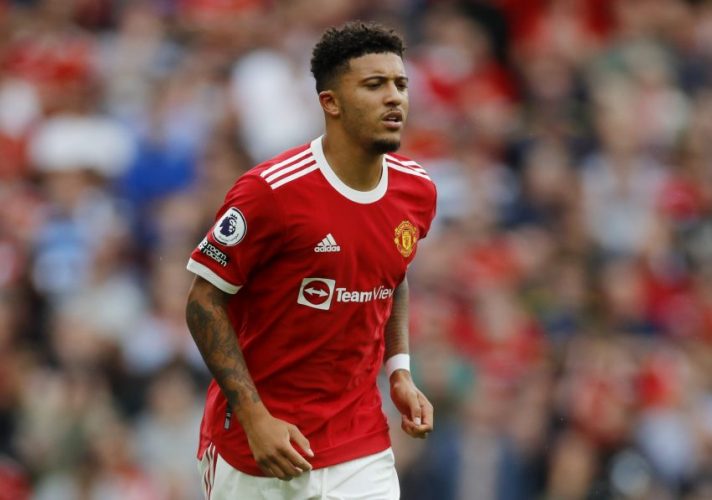 It was a deja vu performance from Manchester United, who started the game brilliantly, and for some reason didn’t show up after the break yet again, conceding within minutes to share the spoils in a rainy outing.

And as was the case at Burnley, Jadon Sancho was the only positive for the Red Devils in their 1-1 draw against Southampton.

The Englishman created a great chance for the hosts by releasing Cristiano Ronaldo through on goal to open the scoring early in the game. The Portuguese rounded the Southampton goalkeeper but had his shot blocked by Romain Perraud.

However, Sancho made sure to finish his own chance, finding the net in the 21st minute from a quick counter-attack started by Bruno Fernandes.

This was Sancho’s second goal in his last three appearances, with the 21-year-old beginning to find his feet in England.

In his post-match interview to BT, Ralf Rangnick compared Sancho’s performance to the youngster’s Borussia Dortmund self, stating: “This is the Jadon Sancho that I know from the German Bundesliga.

“There was still more space for improvement for him but the way he is playing now is probably the best Jadon Sancho that Manchester United has seen so far.”

While the interim boss was encouraged by Sancho’s display, his other forwards, in particular Cristiano Ronaldo and Marcus Rashford, continue to disappoint in the final third.