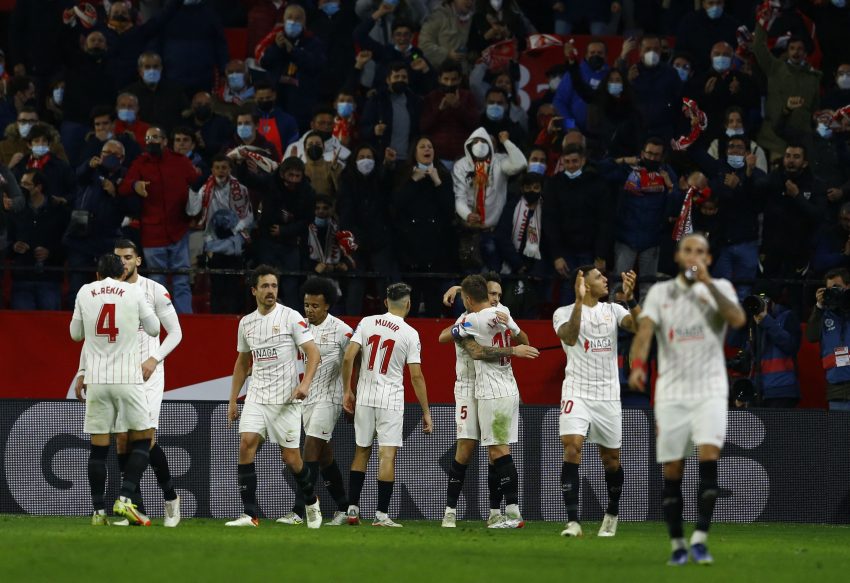 Sevilla maintain pressure at the top of the La Liga table following a 2-0 win over Elche.

Julen Lopetegui’s side are now just three points behind league leaders Real Madrid, who have a game in hand and will travel to face a tricky opponent in Villarreal on Saturday.

Sevilla were made to work hard for all three points by Elche. With the game approaching the final 20 minutes, Papu Gomez cut open Elche’s defence with a solo effort. Rafa Mir’s well placed header doubled the lead five minutes later.

Anthony Martial ended the night goalless and was subbed off for former Man City midfielder Fernando in the 82nd minute. But such was his performance that he was given a standing ovation from the Ramon Sanchez-Pizjuan crowd when he went off.

The Frenchman played a part in both goals. For Gomez’ opener, he created the space for the Argentina international to move towards the goal through his measured run, while he assisted Mir by putting in a brilliant cross from the left.

Both Barcelona and Juventus were interested in signing Martial in January, but his decision to move to Sevilla is already paying off. The 26-year-old has enjoyed his second start in as many games, and has been given freedom to roam and express himself by Lopetegui.

Now, this gesture from Sevilla fans is only going to give Martial an extra motivation to find his first goal for the Spanish club.