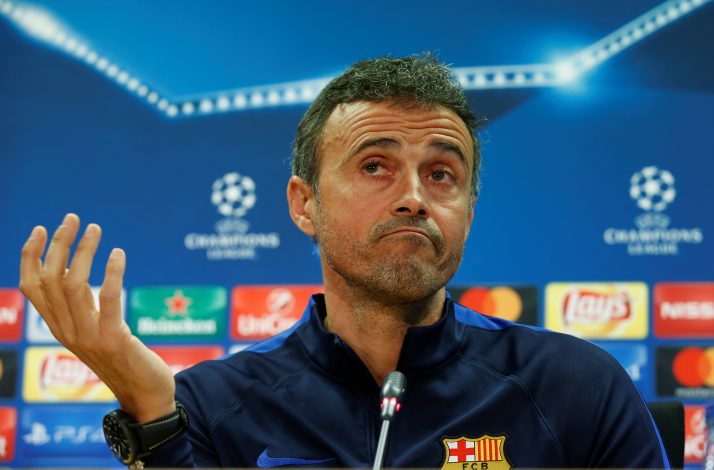 Luis Enrique has joined the shortlist to become the next Manchester United manager alongside Mauricio Pochettino and Erik ten Hag.

The Spain manager’s work, including his experience of managing superstars like Lionel Messi and Neymar during his time with Barcelona is admired by the United hierarchy, who believe Enrique possesses the technical credentials to succeed at the Theatre of Dreams.

According to the Mirror, United football director John Murtough and technical director Darren Fletcher have recommended the 51-year-old should be among the leading contenders for the permanent manager’s job.

However, Enrique laughed off links with the English giants following Ole Gunnar Solskjaer’s sacking in November, and is committed to coach Spain at the World Cup in Qatar.

Regardless, Richard Arnold, who replaced Ed Woodward as the club’s most senior executive this month, wants to explore the possibility of securing Enrique’s services on a long-term deal.

Interestingly, it is understood that a number of senior players at United favour the appointment of Pochettino. The former Tottenham Hotspur manager’s Premier League experience is valued at the club. And if Paris Saint-Germain fail to progress past Real Madrid in the Champions League, the Argentine could be available for free in the summer.