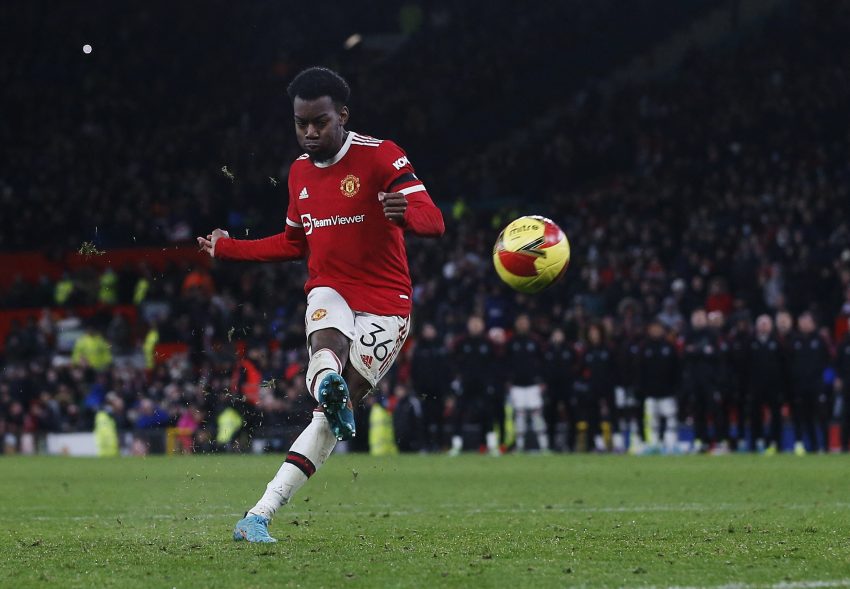 Anthony Elanga was hit by an object during celebrations following Fred’s goal against Leeds United.

Fred, who was brought off the bench alongside Anthony Elanga to restore Manchester United’s lead, did exactly that, lashing the ball past Leeds goalkeeper Illan Meslier.

The Brazilian ran towards United fans in the corner to celebrate the goal with his teammates, including Elanga. The youngster, however, went down clutching his head after he was struck by an object thrown from the stands. Fortunately, he was able to continue.

Late in the game, the 19-year-old got the last laugh, as he put the ball into the back of the net in front of Leeds’ supporters to double United’s lead and take the game out of the hosts’ reach. Elanga then proceeded to celebrate his goal by putting his finger to his lips.

After the full-time whistle, Elanga gave it back to the Leeds fans by facing them and pointing to United’s badge. It certainly was an eventful derby for the academy graduate in Yorkshire.

The Red Devils clearly enjoy facing their old school rivals, having scored 15 goals in just four appearances since their promotion to the Premier League.

They will look to take the momentum gained from this latest win into the Champions League encounter against Atletico Madrid, whose defence, akin to Leeds, is leaking goals left, right, and centre this season.