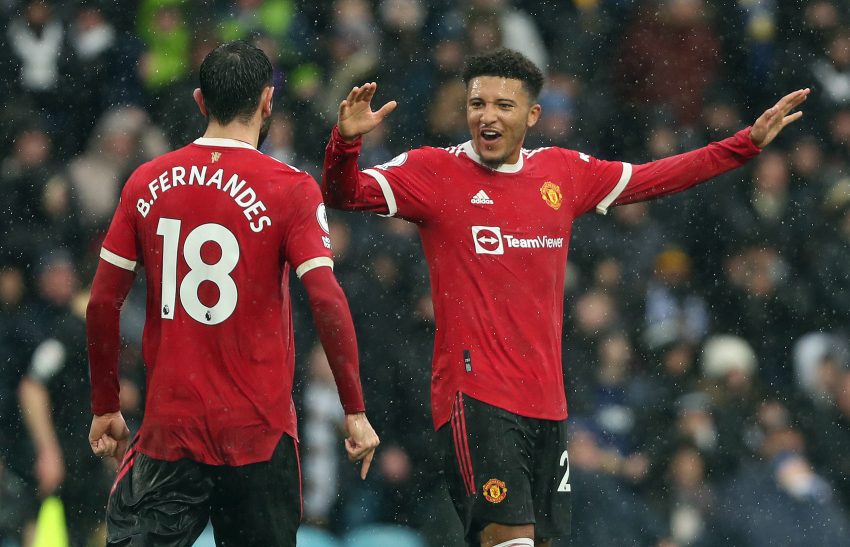 Jadon Sancho was unfazed by a hostile atmosphere and a waterlogged pitch at Elland Road, as he helped Manchester United seal another big win against their old schools rivals.

The 21-year-old, after his early struggles at United, has become a regular fixture in the starting XI in the recent weeks. The Leeds outing was his fourth straight start in the Premier League following the winter break, and he continues to improve with every game under his belt.

The Englishman calmly ran the show in a chaotic game, creating more chances than anyone on the pitch.

After scoring his first Premier League goal at Old Trafford against Southampton last week, Sancho bagged his first assist in United colours in some style on Sunday afternoon.

Sancho looks worth every penny. Only took some common sense to see he would take a little time to get going, but this is who he is. MOTM and absolutely outstanding recently.

Jadon Sancho (10) completed more progression actions against Leeds than any other United player and he also made nine possession recoveries which was only bettered by Luke Shaw and Aaron Wan-Bissaka (11). pic.twitter.com/6iudky5lJN

He linked up with Victor Lindelof to progress the ball into the final third before dinking in a beautiful cross for Bruno Fernandes to head home.

In the second half, when the majority of the United players lost their heads, conceding two goals in less than a minute, Sancho kept his cool and got his second assist of the game. His layoff was smashed into the back of the net by Fred to make it 3-2.

The former Borussia Dortmund star is turning out to be a great asset for Ralf Rangnick at a crucial period of the season.

United will travel to Madrid to face Atletico Madrid in the Champions League on Wednesday, and will need Sancho’s creativity more than ever against a team who are masters of defending in the low block.