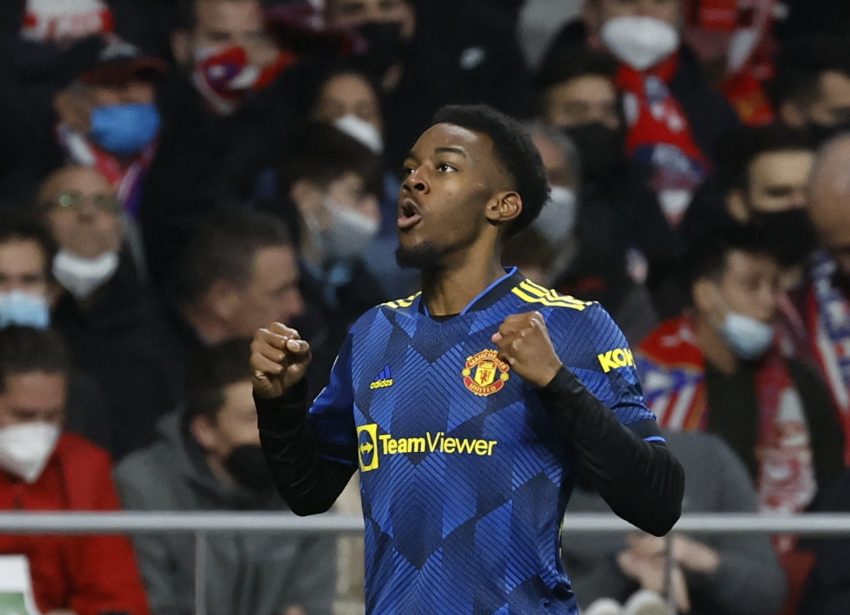 Anthony Elanga rescued a draw for Man United with a late goal against Atletico Madrid in their first leg of the Champions League round of 16.

Diego Simeone’s men were all over the visitors until the final quarter of the match, forcing Ralf Rangnick to look at his bench to find some inspiration.

In the 75th minute, Elanga was brought on in place of Marcus Rashford to save the day for United, and he did exactly that with his first touch of the game. He latched onto a pass from Bruno Fernandes before slotting the ball into the far corner of Jan Oblak’s goal.

While the 19-year-old will always remember this special outing, Rashford had a night to forget in the Spanish capital.

At Wanda Metropolitano, thousands of United supporters sang, “Rhythm is a dancer Anthony Elanga, You won’t stop him if you dare.” And on social media, there were calls for Elanga to start ahead of Rashford.

I'm sorry but Elanga has to play ahead of Rashford now, proof was in the pudding tonight, such an awful performance but a very good result, we completely rode our luck, hoping to see something different in the 2nd leg.

Elanga has been the outlet Rangnick has tried to build in Rashford which makes for an interesting end to the season.

The interim United boss also praised Elanga, and urged “few others players” to take him as a “role model” in his post-match interview.

Rashford has already lost his preferred left-flank berth to Jadon Sancho since the winter break, and Elanga’s recent form could result in him being the second choice option for the right of United’s frontline as well.

Regardless of what the long term future holds for the duo, the Swede certainly deserves to start against Watford this weekend after back to back goals against Leeds United and Atletico.