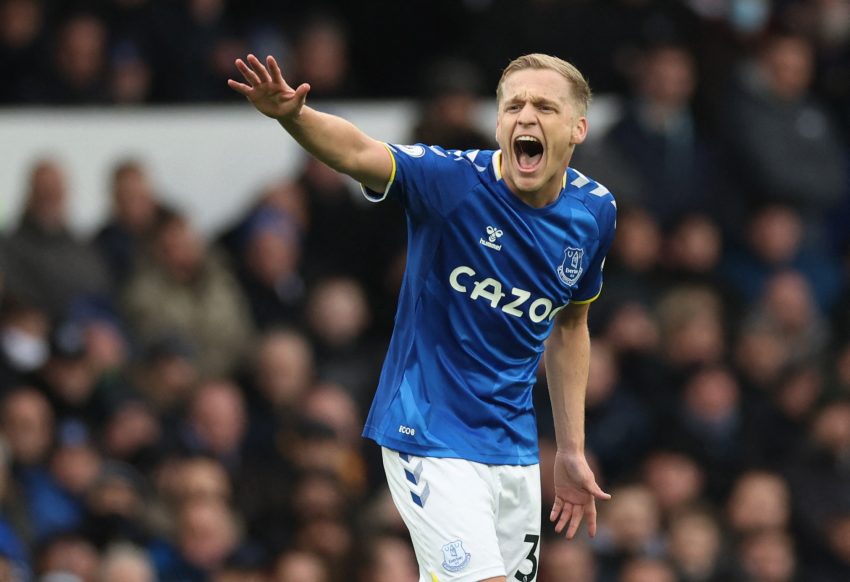 Donny van de Beek, during his one and half a year spell at Man United, was always praised for his movement in the final third, but lack of defensive discipline and grit in training meant chances to start in the Premier League were far and few in between.

He had to move to Everton on loan in January in order to get more game time, and so far his performances under Frank Lampard have only raised questions on the judgment of those in charge at Carrington.

In his first start for the Merseyside outfit, Van de Beek comfortably matched Leeds United’s intensity and completed 90 minutes in a Premier League game for just the fourth time.

And against Man City on Sunday, his defensive output caught the eye. The 24-year-old’s willingness to indulge in physical duels and do the dirty side of the game in midfield against a side who relentlessly maintain possession was impressive.

He covered the visitors’ right hand space very well and kept City’s creator-in-chief Kevin De Bruyne quiet until he was forced off with injury. Everton ended up conceding 10 minutes later.

Lampard will hope Van de Beek’s injury isn’t too bad, as the Dutchman has quickly become an important player for his new side, who sit just above the relegation zone.

To be fair, United aren’t really missing his services. Ralf Rangnick’s men are creating enough chances to win games, but are being let down by their forwards, with the goalless draw against Watford being the latest example of their poor finishing.