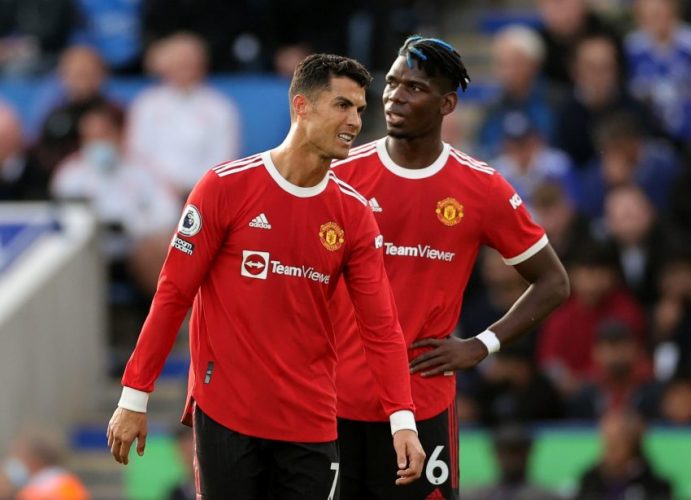 Manchester United draw another blank at home as relegation strugglers Watford manage to remain unbeaten against the Red Devils in the Premier League this season.

Ralf Rangnick was yet again left disappointed with the finishing of his forwards, who couldn’t put the ball past goalkeeper Ben Foster despite having 22 shots on Sunday afternoon.

Cristiano Ronaldo came close to scoring twice in the first quarter of the game. He hit the post in the fourth minute before putting the ball in the back of the net 12 minutes later, but only for it to be ruled out for offside.

However, as the game progressed, Ronaldo got worse and ended the game as one of United’s worst players.

Cristiano Ronaldo is well and truly finished no one can tell me otherwise. pic.twitter.com/Ru9kdJvE4J

Ronaldo will complain about the lack of Champions League when he’s missing game after game.

I cba with him atm.

It’s clear to see that age has caught up with Ronaldo..
His decline has been so rapid and it’s sad to see that.

The 37-year-old seldom offers anything outside penalty area, but lately his finishing has also been a cause of frustration for his side, with the Portuguese icon only managing to get on the scoresheet once in 2022.

One of the reasons behind his poor form could be the fact that he has started four games in the last 11 days. But Edinson Cavani’s fitness issues means there aren’t many option to play in the middle of the attack for Ralf Rangnick.

Bruno Fernandes also seemed tired and lacked composure in front of goal. Perhaps he should’ve been replaced by Jadon Sancho early in the second half.