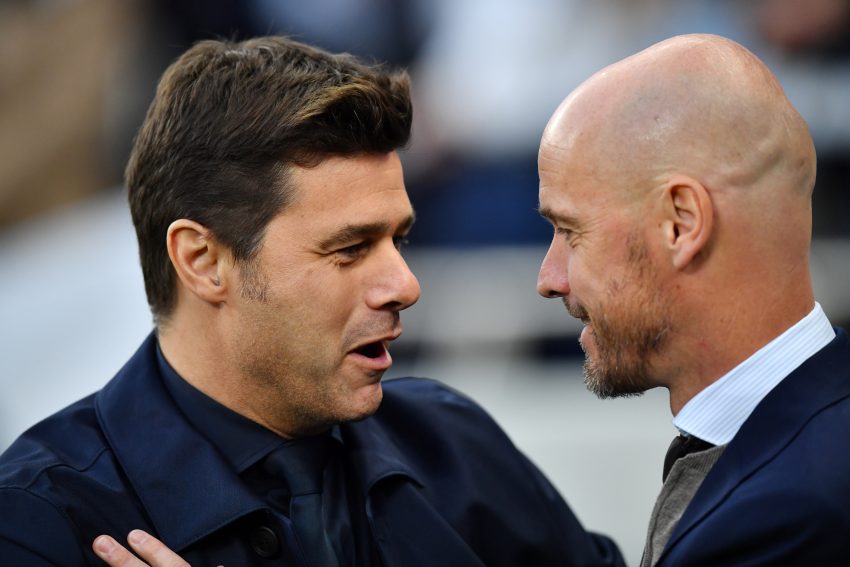 Erik ten Hag is allegedly very keen on becoming the Manchester United manager ahead of the next season.

The Dutch tactician, alongside Mauricio Pochettino, is a leading candidate for the role. And it seems he’s making an extra effort to leave himself in good stead for a managerial position in England.

The 52-year-old has taken English lessons as he prepares himself for talks with United, the Daily Mail have reported.

Ten Hag has his heart set on a move to Old Trafford, and Ajax are already aware of his intention following recent internal talks. Coach Mitchel van der Gaag is also expected to follow him to the Premier League.

Pochettino, meanwhile, isn’t opposed to the idea of returning to the Premier League, but it won’t be easy to lure him if Paris Saint-Germain decide to keep the Argentine in the French capital beyond the summer.

Director Leonardo recently told L’Équipe that the Ligue 1 outfit have never thought about changing their manager, and neither has Pochettino requested to leave.

Further, even if he becomes available in the summer, United will have to fight off Real Madrid’s interest.

It is understood the Red Devils, knowing it won’t be easy to get their preferred options, are also working on contingency plans and could bring in Carlo Ancelotti for a short stint.