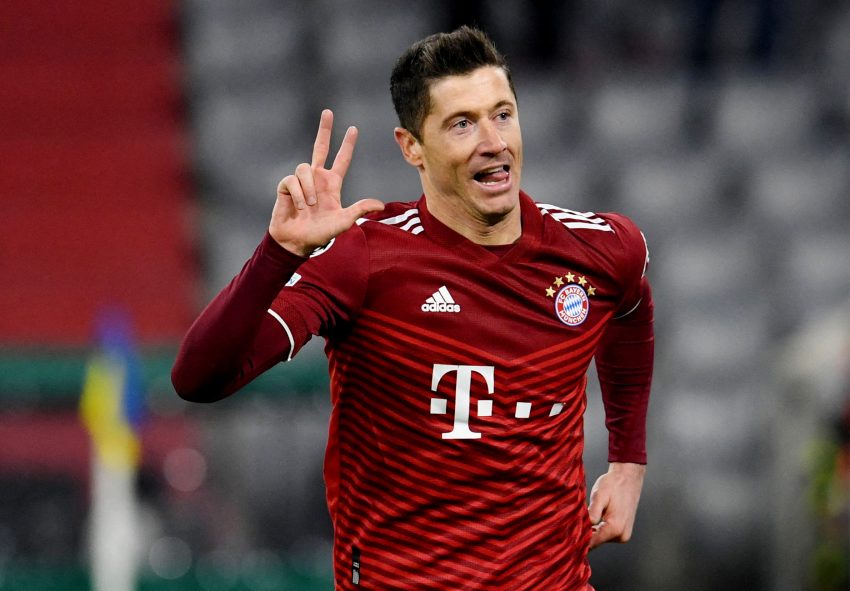 Robert Lewandowski is ageing like fine wine. The goals aren’t drying up for the Bayern Munich talisman, and neither is the interest of Europe’s biggest clubs.

Man United are reportedly monitoring Lewandowski with his contract expiring in June 2023.

As per BILD (via SportWitness), United have registered their interest in the 33-year-old striker, and ‘would like to make the first offer’ should Bayern’s all-time leading goalscorer in Europe take the decision to leave the Bundesliga in favour of a new experience elsewhere.

Lewandowski, who scored the earliest hat-trick ever in Champions League history from the start of a match on Tuesday night, has been one of the most in-form players in Europe’s top five leagues, having scored the same number of league goals in 2022 as Cristiano Ronaldo has managed in the whole of 2021-22 league campaign.

However, as Ronaldo has experienced after returning to England from Italy, it’s not easy to settle in the Premier League after being on the wrong side of the 30s. The Portuguese international was the top-scorer in Serie A last season.

It isn’t clear whether United are looking to sign Lewandowski this summer or next when he could be a free agent.

Regardless, they need to qualify for the Champions League first, as they are unlikely to lure a player of his caliber to the Theatre of Dreams to feature in the Europa League.