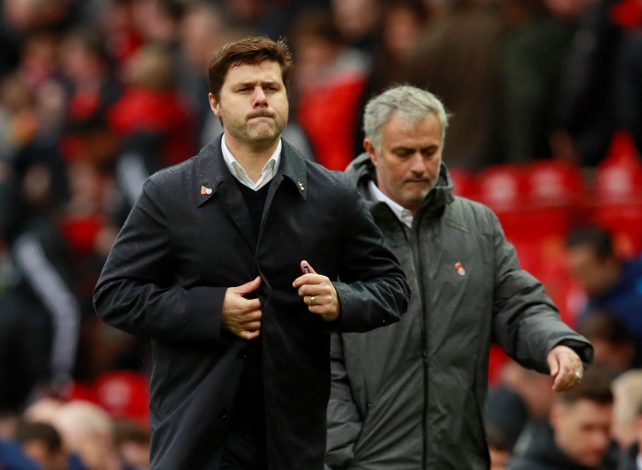 Mauricio Pochettino might have to wait until the summer to know where he would manage next season.

The 50-year-old’s position in the French capital has seemed untenable ever since Paris Saint-Germain got knocked out of the Champions League at the hands of Real Madrid in the round of 16.

However, this doesn’t necessarily mean that Manchester United, his long-term admirers, will be able to bring Pochettino to Old Trafford easily.

If PSG decide to sack Pochettino, the Argentine and his staff would be entitled to a compensation package of around £17 million.

According to the Mirror, the Ligue 1 outfit are aware Pochettino is on United’s shortlist, and in their bid to avoid a huge pay-off, they prefer the former Tottenham Hotspur gaffer to walk out – despite leading the league table with 12 points – rather than give him the axe.

PSG would then also be able to demand a compensation fee from the Premier League giants.

This stand-off could damage Pochettino’s hopes of returning to England, as United aren’t looking to waste too much time in appointing their new manager. They want the new man in charge to be involved in their rebuilding process as early as possible to best prepare for the new Premier League season that will kick-off on August 6.

As thing stands, Erik ten Hag appears to be leading the race to become United’s next manager. The Ajax boss has already been interviewed for the job.

← United Close To Agreeing Deal With Midfielder – Announcement Could Be Made After International Break“What are you doing?” – What Happened Between Maguire And Henderson In England Training →