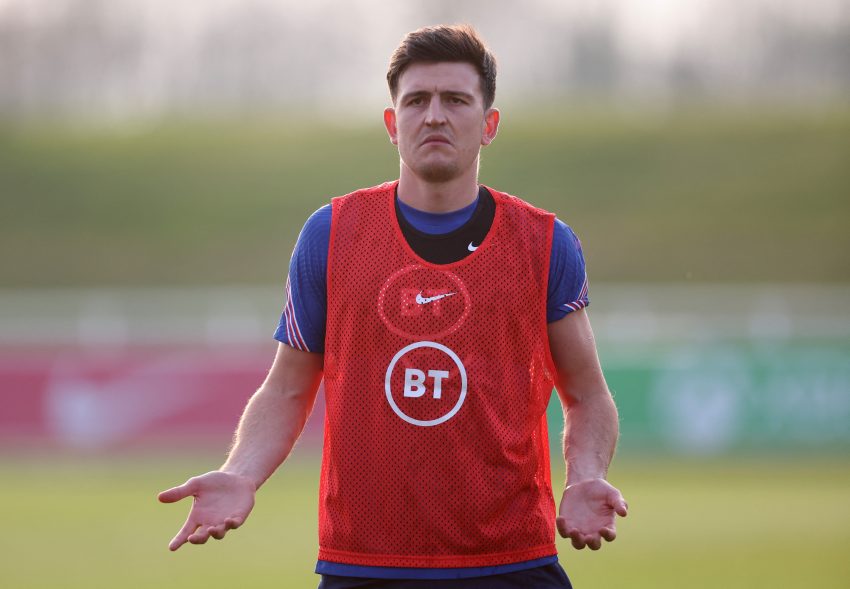 Harry Maguire is going through a difficult period in his career, as he finds himself on the fringes of both the Manchester United and England squads.

Gareth Southgate was very supportive of an out of form Maguire during his press conference after he named his 25-man squad for England’s friendlies against Switzerland and Ivory Coast.

Nevertheless, the United skipper didn’t find a place in Southgate’s starting lineup in England’s 2-1 win over Switzerland on Saturday.

The 29-year-old wasn’t having the best of times in the build-up to the match either.

During a training session, Maguire was involved in a rondo – a drill in which the ball is moved at pace in a tight space – with Jordan Henderson.

Jack Grealish and Nick Pope were attempting to win the ball as England players maintained a high tempo with one-touch football.

However, for some reason, Maguire decided to control the ball and invited a press from Pope. This puzzled the Liverpool captain, who said: “What are you doing?”

Some fans on social media, who have clearly lost confidence in the world’s most expensive centre-back, were quick to share the clip from an episode of Inside Training posted on England’s Youtube Channel.

Since the video was cut from the action, Maguire’s reaction, if there was any in the first place, to Henderson’s question remains unknown.