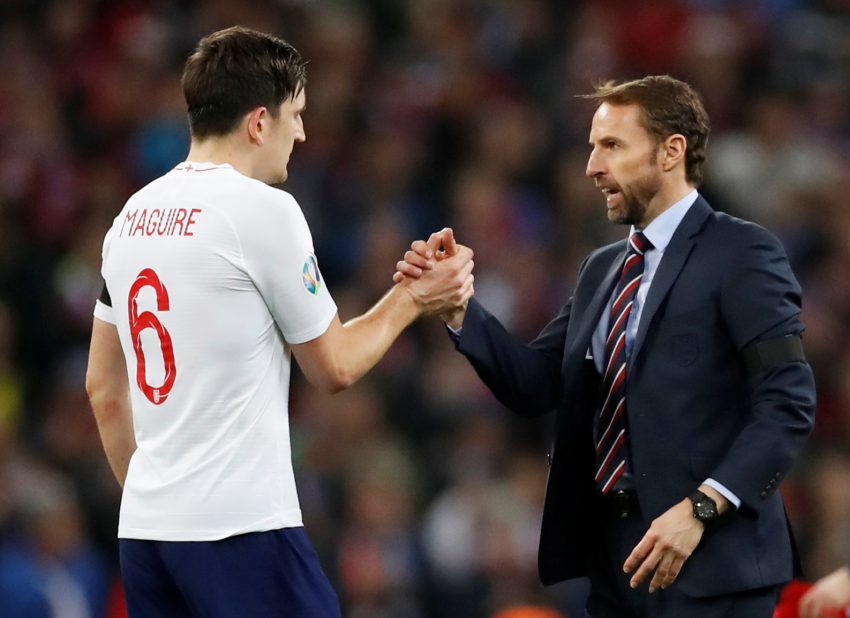 Harry Maguire might not have the support of England fans, but he’s got the full backing of his manager and teammates.

Maguire has been one of Gareth Southgate’s most trusted players and was named in the UEFA EURO 2020 Team of the tournament for helping the Three Lions reach their first major final in 55 years.

However, despite his consistent displays for England, Maguire was booed by some sections of the Wembley crowd when his name was read out before kick-off against Ivory Coast. The 30-year-old didn’t lose his cool and was flawless on the night, as England kept a clean sheet in their friendly win.

England fans action on Tuesday was unwarranted, considering he’s been nothing but brilliant for his country. Maguire has struggled to replicate the same form for Manchester United this season, but booing a player on the basis of his performances for his club was bewildering.

Fortunately, his manager and teammates value his importance, and showed their support after the full-time whistle.

Total embarrassment from whoever boo’d tonight. @HarryMaguire93 has been incredible every single time he’s put on the England shirt. Absolute nonsense now it’s becoming. Back your own players. Especially with a Major tournament coming up. https://t.co/OdqM9F0Uw8

Grealish on Maguire being booed by a section of England fans: "Personally I think it is ridiculous. Harry has been unbelievable for this country."

🤔“Every time he's on the pitch, every action is analysed to death.”

👊“We need Maguire playing well if we're going to have a chance of doing well this summer.”

🤝Southgate backs Harry Maguire after he was booed by @England fans. pic.twitter.com/seoxPuqkbo

England’s long trophy drought is unlikely to end in Qatar if they maintain this toxic environment.

Maguire is their most experienced centre-back, and booing him isn’t going to convince Southgate to drop him. Such incidents will only put pressure on the player and force more mistakes.