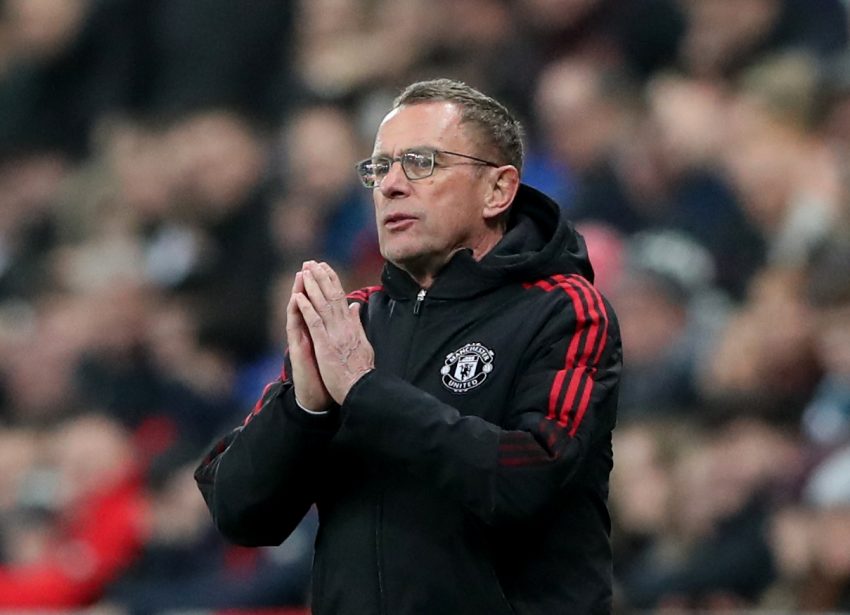 Ralf Rangnick finished his spell as Man United interim manager with the worst winning record of any gaffer at Old Trafford in Premier League history.

A goal difference of zero, failure to qualify for the Champions League, broken tactical setup and an uninspired dressing room was his legacy on the pitch.

But the former Red Bull chief was expected to do wonders off it in his consultancy role, which was agreed to when he replaced Ole Gunnar Solskjaer in December. It was thought that Rangnick would work with United football director John Murtough and change the club’s recruitment structure.

Alas, no such promised revolution is going to take place under his watch, as Rangnick has announced that he will not be staying at United due to ‘demands of his new role’ as Austria manager. The 63-year-old will manage Austria for the first time against Croatia in the UEFA Nations League on Friday.

However, before departing, he held a lengthy discussion with his successor Erik ten Hag, whose rebuild job just got a little bit harder. Rangnick’s first-hand experience of managing the current set of players would’ve helped Ten Hag to better assess his squad ahead of the new campaign.

Meanwhile, Murtough will be in charge of recruitment in the upcoming summer transfer window.