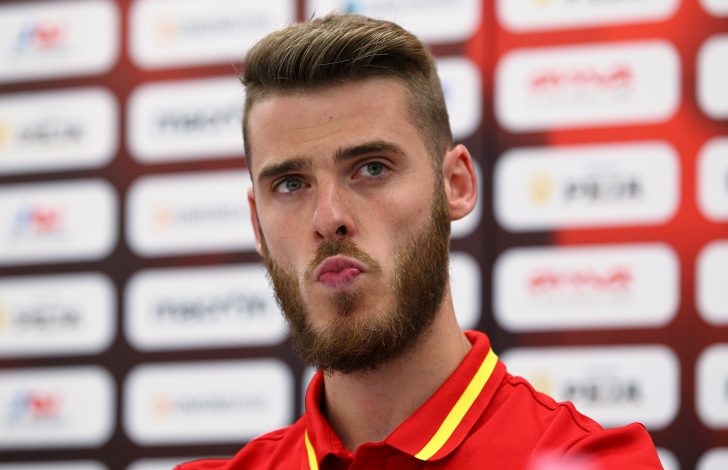 David de Gea has been left out of the squad for Spain’s ongoing Nations League fixtures, and hasn’t received an international call-up since November. Unai Simon, Robert Sanchez, and David Raya are all ahead of United’s undisputed No 1 in the national side’s pecking order.

On being asked about his absence, Enrique suggested he already has three goalkeepers who dominate the aerial play and transmit peace and calmness to him.

De Gea’s distribution and dominance in the penalty area has been questioned time and again throughout the last campaign, in which the Red Devils conceded the club record number of goals in a Premier League season.

The Spaniard remains a good shot-stopper, but falls behind modern keepers like Allison and Ederson when it comes to sweeping off his line and maintaining possession, which indirectly leads to less chances for opposition.

Not every goalkeeper playing for Europe’s biggest clubs plays an active role in building attack from the back, but they excel in claiming crosses and commanding their backline. Liverpool had six corners and nine shots on target in the Champions League final, but Thibaut Courtois stood tall and kept a clean sheet to lead Real Madrid to glory.

De Gea, meanwhile, consistently fails to help out his centre-backs during set-piece situations and ranks amongst the worst goalkeepers in the league for the percentage of crosses claimed.

The 31-year-old is certainly not United’s biggest problem at the present, but his ability, or lack of thereof, would prove to be a big hurdle for Erik ten Hag in implementing Ajax’s possession-based style of football at the Theatre of Dreams.

But Ten Hag might have to wait until 2023 to address the situation between the sticks, as it’s going to be difficult to offload as well as bench the world’s highest-paid goalkeeper.