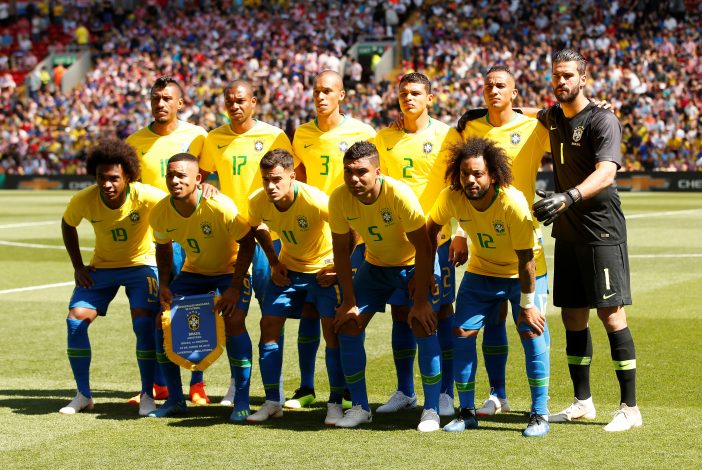 Manchester United’s midfield issues were highlighted in their humbling defeats in Erik ten Hag’s opening two Premier League games. But the new manager has to address his side’s attacking prowess as well.

United have rattled the oppositions’ net only once this season, that too with the help of Brighton’s Alexis Mac Allister. Jadon Sancho, Marcus Rashford, Bruno Fernandes, and Cristiano Ronaldo have all looked sub-par.

Ronaldo continues to push to be allowed to leave United, and is being monitored by Atletico Madrid, who might also end up providing a solution to United’s attacking woes.

As per talkSPORT, the Premier League giants are closing in on signing Matheus Cunha from the Spanish outfit for a fee of around £42m.

There’s no swap deal involved with Ronaldo, but Ten Hag is now ready to consider Ronaldo’s exit and move for the highly regarded Brazilian forward.

Alvaro Morata, who scored a brace against Getafe, is also appreciated at Old Trafford, but the Red Devils have now turned their attention to Cunha. The 23-year-old was subbed on late in his side’s 3-0 win.

It is understood that United are working on closing out a deal, having advanced negotiations on Monday evening. Cunha’s exit might also help Diego Simeone get his priority transfer target, Ronaldo.