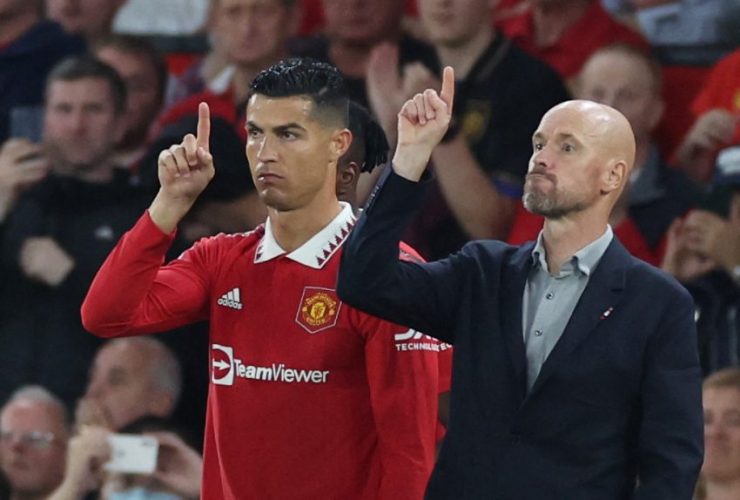 A bright start to the game saw the visitors rattle the net first through Gabriel Martinelli, but their celebration was cut-short by VAR, which picked Martin Odegaard’s foul on Christian Eriksen. Minutes later, Antony marked his debut with a go-ahead goal.

There was nothing to separate the two sides at half-time and both Erik ten Hag and Mikel Arteta stuck with their original game-plans. While the Spaniard’s side controlled possession and found the equaliser through Bukayo Saka, the Red Devils remained composed and absorbed the pressure before pouncing in transition. Clinical Marcus Rashford made no mistake and ensured all three points by scoring two quick goals that stemmed from a very familiar pattern.

Here are the key things we learned from another spirited display from Ten Hag’s men:

Things looked very grim for Ten Hag after United conceded six goals in their opening two games. The performance against Brentford forced the new boss to order an extra training session the very next day of the defeat.

However, the results, performance, players’ attitude and atmosphere at Old Trafford have all transformed in the last few weeks. Ten Hag’s tactical switch or maybe his decision to join United stars in a 8.5 mile run he ordered has worked wonders. The majority of players have bought his ideas and have fought hard for their gaffer.

United have faced Liverpool, Southampton, Leicester City, and Arsenal since then, and have conceded just two goals, winning all 12 points in the process.

As mentioned earlier, there wasn’t much to separate between United and Arsenal in the first-half of the clash. However, substitutions from the pair on the touchline widened the gap in United’s favour.

The introduction of Cristiano Ronaldo occupied defenders and opened space for Rashford to restore United’s lead. Fred was subbed in to add energy into United’s midfield and create more counter-attacking opportunities through his intense pressing. The hosts quickly added another goal.

Arteta’s decision to switch to a back-three formation only exposed them more on the flanks, directly resulting in United’s third goal.

The Dane has been oozing class from his deeper midfield role, quickly establishing himself as the club’s best midfielder. On Sunday, he was the best player on the pitch.

Ten Hag’s idea to beat Arsenal’s press and pick them apart on the break largely came to fruition because of Eriksen’s line-breaking passes.

The 30-year-old isn’t short on energy either, and exhibited the same by making a run towards Arsenal’s goal in the 75th minute before playing a square pass for Rashford to finish.

Tyrell Malacia was solid against Mo Salah during United’s win over Liverpool, and has shown positional awareness and tenacity to keep hold of the starting position ahead of Luke Shaw.

But Saka gave the Feyenoord talent his first proper test of Premier League football, keeping him on toes all game. The Englishman used Malacia’s aggression against him by waiting for him to make a challenge before moving inside or outside per his will.

Fortunately for the young Dutchman, Saka’s dominance had no impact on the score line at full-time, giving him opportunity to learn from his mistakes without much criticism.

United haven’t lost a home league game when leading at half-time in Premier League history. Amid all the ups and downs under different managers, the Red side of Manchester have somehow kept the record untainted.

They led both Liverpool and Arsenal at half-time in recent weeks at Old Trafford. And the way both visitors performed after coming out of the tunnel, it seemed a matter of minutes before they spoil the record, but United kept their nerves on both occasions and ensured Klopp and Arteta returned home empty handed.