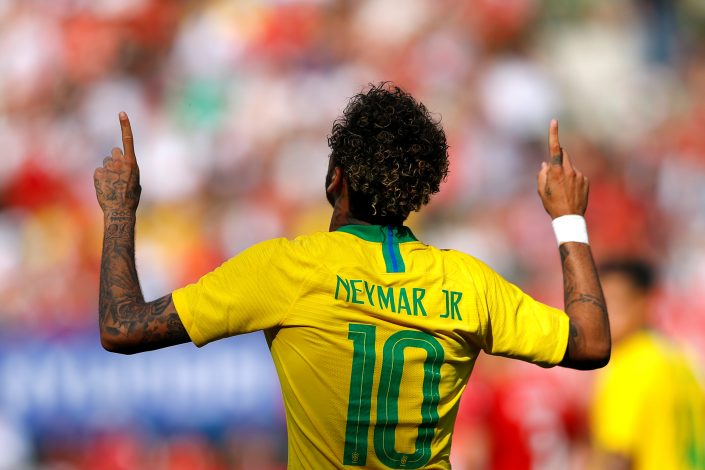 The Brazilian celebrated the goal by putting his thumbs to his head and sticking his tongue out. Match official Daniel Siebert didn’t take Neymar’s trademark gesture too kindly and handed him a yellow card.

The 30-year-old aired his disappointment after the game, tweeting: “Total lack of respect for the athlete. This kind of thing can’t happen. I take the yellow for simply not having done anything and I continue to be harmed.”

But the caution for simply enjoying himself on the field isn’t a new experience for Neymar, who was booked for performing his rainbow flick during PSG’s clash against Montpellier in February 2020.

His fellow countryman Vinicius Jr. has been in the news for showboating and dancing to the crowd after scoring against Mallorca. The Real Madrid youngster was warned by a commentator to be wary of imitating Neymar.

So what’s the issue with displaying some flashy footwork, dancing after bagging a goal, or just being like Neymar – the true heir of Ronaldinho, who won everything through genius on his feet and with a smile on his face and arguably made more fans fall in love with the game than any other player in the modern era?

Why with each passing day, the beauty from Joga Bonito (The Beautiful Game) is being drained away.

Incidentally, the rise in disdain for expression on the pitch has coincided with an increase of technocrats, better known as tacticians on the touchlines.

Translated to Positional Play, Juego de Posicion is an approach where a team uses the positions of its players to create numerical advantages in order to progress the ball.

Rinus Michels was the first coach to implement the principles at Ajax. John Cruyff developed them at Barcelona. And Pep Guardiola has enjoyed the most success on the pitch through the Dutch idea of Total Football.

Not only has the Spaniard won Champions League titles and major leagues across Europe, but has also influenced several modern coaches to inculcate the same tactics into their own teams.

Easier said than done, it requires a lot of work on the training ground, which is divided into zones. Players are coached to move across zones and ensure there aren’t more than three players on any horizontal line and no more than two on any vertical line. This is done to create passing options for the player in possession of the ball.

There are multiple variations to the approach. Some teams stretch the pitch through their wingers, while some maintain width through their full-backs. A common aspect, however, is the encouragement of repetitive actions and less intuition.

The manager’s emphasis on automation steadily takes away their individuality. Jack Grealish, one of the Premier League’s best dribblers and carriers of the ball at Aston Villa, has been stripped of the same qualities that made him a £100m star. 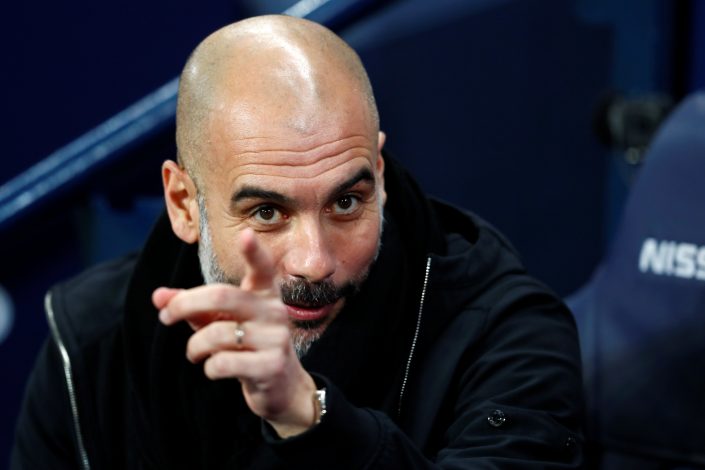 Fortunately for the realists, this philosophy works. Try telling Guardiola, who has lifted four Premier League titles in five years, to ignore tactical diagrams on the walls and instruct his stars to follow their creative instincts.

The manager seeks as much control in the dressing room as he does on the pitch, simply because it is not easy to convince the whole squad to adhere to the rigid principles of positional play day in, day out with individuals who value expressing themselves and need to be given carte blanche to truly flourish.

The pattern-over-panache mentality has no place for individuality and flamboyance, leading to a clear decline in flair players across Europe’s top teams. The Grealishs are on the bench and the Neymars are portrayed as superstars who disrupt dressing room hierarchies.

Thus, when a player whose every action is supposed to be controlled by the man on the touchline stands out by either attempting an audacious piece of skill or dancing after scoring a goal, he is cautioned. Cautioned for being an anomaly. Cautioned for staying true to Joga Bonito.